The Andersonville (Chicago) location of Giordano’s is staging their first ever Pie-Off this coming Tuesday, June 7th, from 6 until 8 p.m. Here’s what’s happening: four big-time Chicago food bloggers have been invited to design a signature pizza. All four pizzas will be served at the Andersonville Giordano’s from 6 until 7:15 p.m. — the pizza tasting, open to the public, is complimentary (they’ll try to cash in on your bar bill). Then the public and some invited food media types will vote on their favorites, which will be announced between 7:30 and 7:45 p.m. 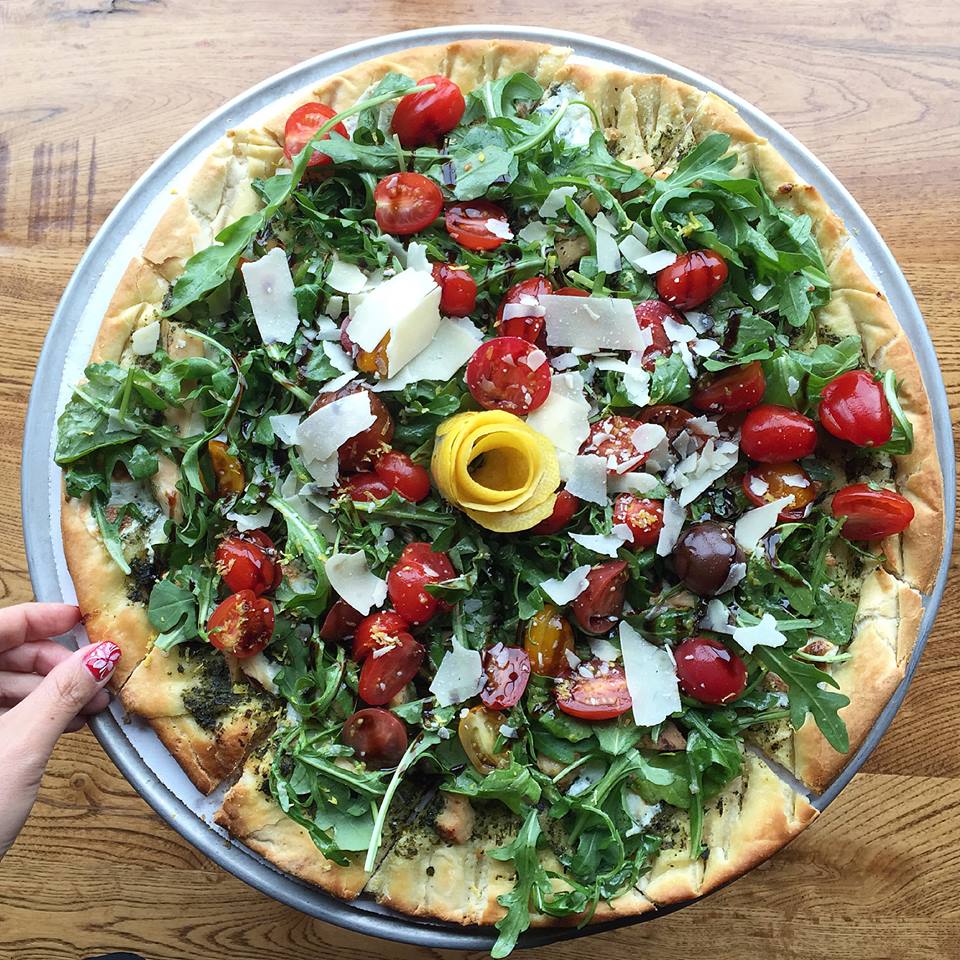 Za Za Zest seems to be covering similar ground to the Zest in Spring. This one has balsamic and baby heirloom tomatoes.

The winner will appear on some Giordano’s menus starting on June 25th. The pies have already been designed — you can see a photo of each along with ingredient rundowns here. From photos and descriptions alone we favor the Zest in Spring pizza featuring a lemon garlic sauce, mozzarella and Romano, frosted walnuts, Italian chicken sausage, fennel, olive oil, arugula, and orange zest. The ranch sauce-topped Chicagoan — eh, not so much.