George Nopoulos of Wilton Candy Kitchen in Iowa Has Passed Away

We are very saddened to pass on the news that George Nopoulos, owner of perhaps the oldest soda fountain in the country, passed away Sunday at the age of 95. The Wilton Candy Kitchen, of Wilton, Iowa, was founded in 1860 and purchased by Mr. Nopoulos’ father in 1910. George started working at the fountain in 1925. He met his future wife, Thelma, there, and proposed to her in the Candy Kitchen in 1949. 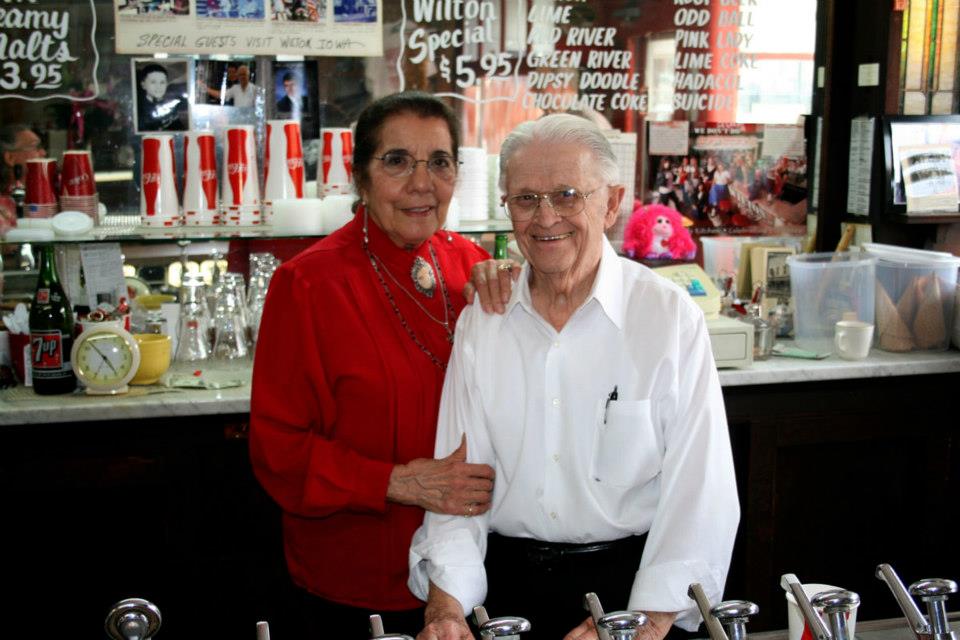 The Candy Kitchen has been beloved as much for George’s presence as for the marble tables, antique fixtures, and old-fashioned soda fountain treats like red rivers, cinnamon Cokes, and sundaes made with George’s homemade ice cream. George and Thelma closed Wilton Candy Kitchen last November out of fears of slipping in the winter weather. They have not reopened and are now unlikely to do so, save for a brief reopening to host an annual bike ride across Iowa in July, unless the soda fountain is sold. We pass our sincere condolences to Thelma and those who knew Mr. Nopoulos.