If you choose to eat at Food at Fishers Station, you will wait in a line. Absolutely, no doubt about it, you will. If it’s your first time, and you let that be known, you’ll receive all kinds of info from your fellow standees: “they always have a special called 2-2-2, which is supposed to be two pancakes, two eggs, and two sausage patties; when it arrives there are usually way more than two pancakes, and they’re the best pancakes you’ll ever have”; “oh, great, now it’ll be even harder to get in” when we let slip that we might write about it on the net; “everything they make here is fantastic.” It’s all true. 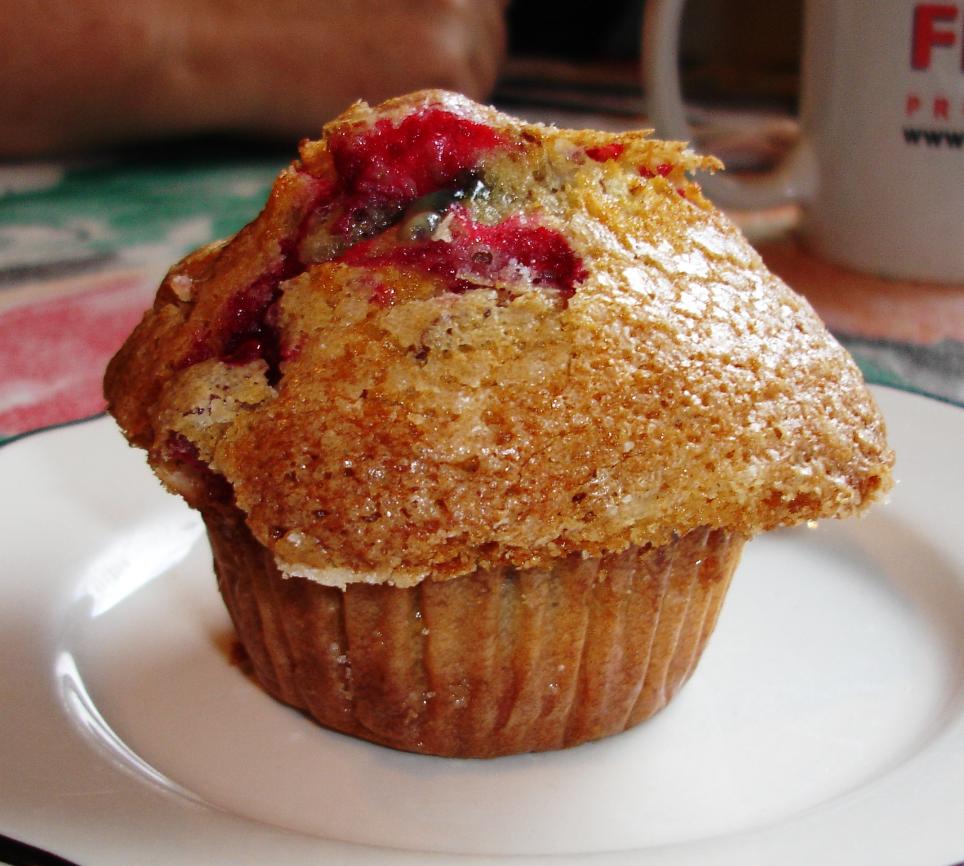 This day’s homemade muffin selection included a cranberry-nut, with a crisp sugared crown, that was well-nigh perfect.

They call them “meltaway pancakes,” and they are thin, tender, and several large steps above standard hash house flapjacks. They always have a breakfast sandwich available, and it’s served on a fluffy, feathery, flour-dusted homemade roll, piled so generously that picking it up in your hands never occurs to you. Not finishing every crumb never occurs to you either. Along with the sandwich you receive terrific crunch-crusted home fries. 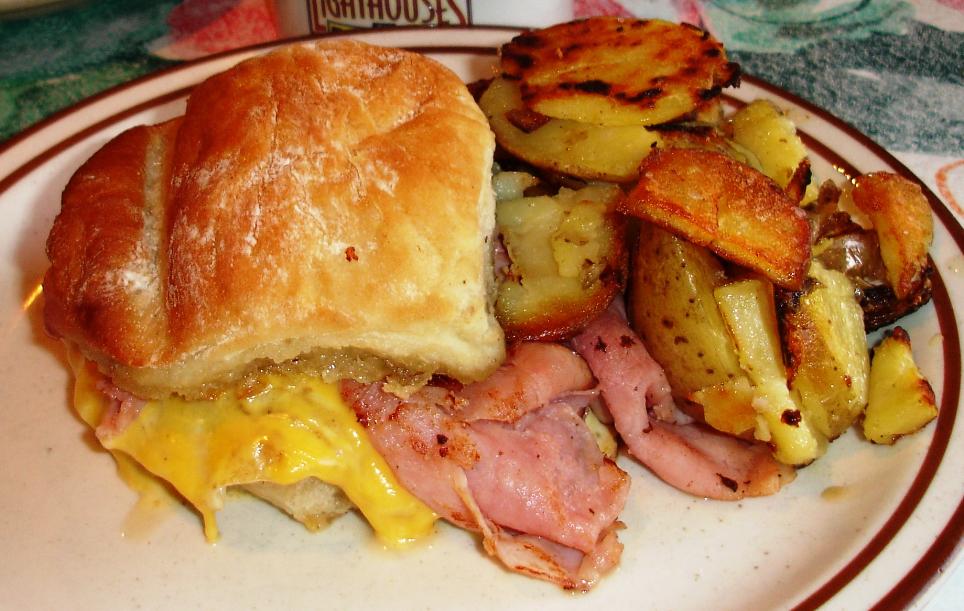 The regular menu lists a breakfast sandwich made with sausage, but today’s specials menu listed one made with sweet and salty ham. The roll is homemade.

A frittata special of sausage, cheddar, peppers, and onions is packed to the max with cheese and flavor. A casually listed homemade muffin is simply a perfect cranberry nut muffin with a crunchy sugary crown. 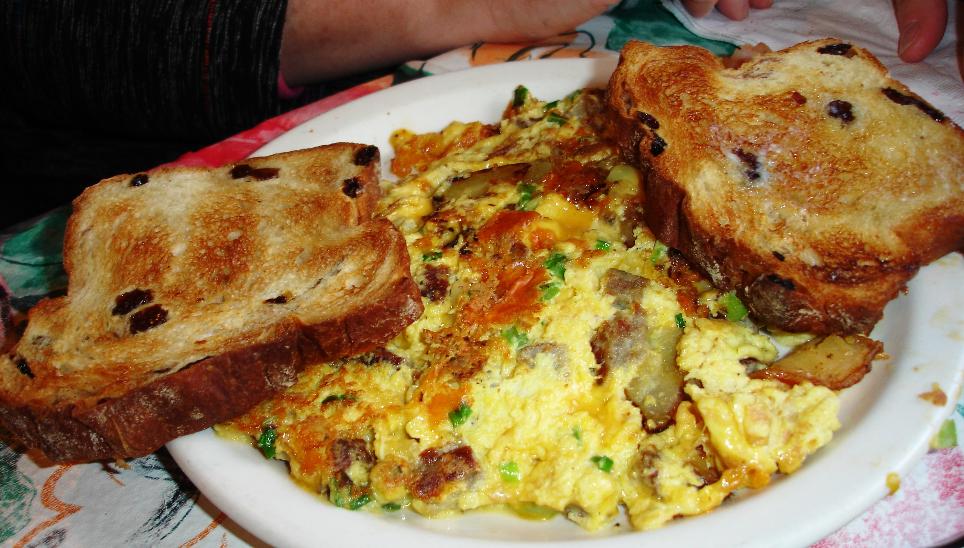 Another breakfast special, today’s frittata was a luxuriously cheesy plate of eggs.

Fishers Station is run by a trained chef and his wife, and the training is reflected on the plate; like the man on the line said, everything really is fantastic. Somehow, in ways that aren’t quite clear to us, everything is dense with flavor and perfectly prepared. 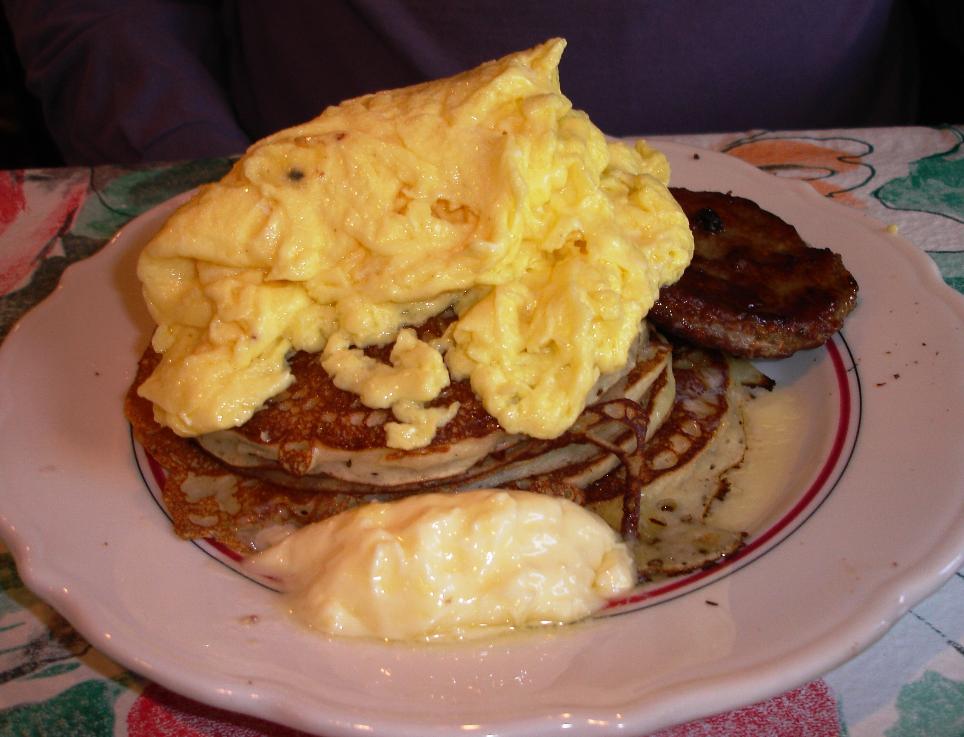 This is not frou-frou dining; nothing served would seem out of place at your local diner, except for the fact that the food is so darn good. The room is loud; it’s crowded; it’s bustling and hectic. There’s an utter lack of pretense. And the facts that the coffee is so-so and they don’t use real maple syrup, while curious, don’t significantly change our opinion of the place. 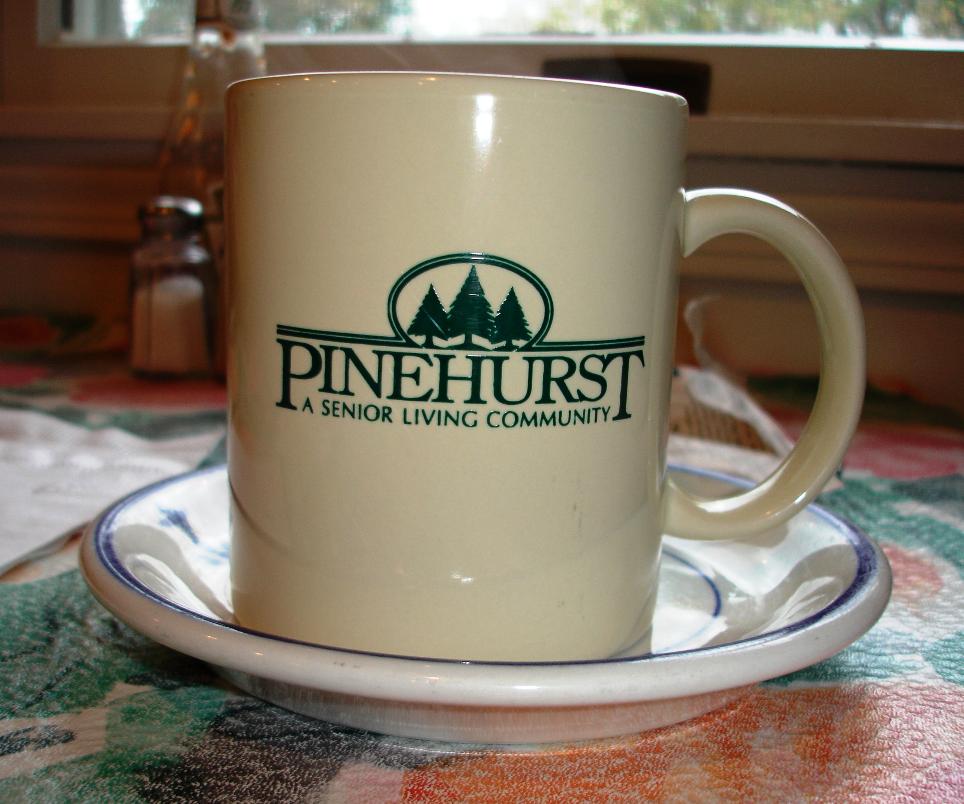 Was it a coincidence or our waitress’ sense of humor? Of the four of us dining, the 87-year-old received this mug.

Food at Fishers Station occupies a modest, unobtrusive house in the midst of what looks like office parks. All that indicates what’s going on in this house is a small lawn sign, and the incongruously large number of cars parked in the vicinity, as if someone’s having a neighborhood party. 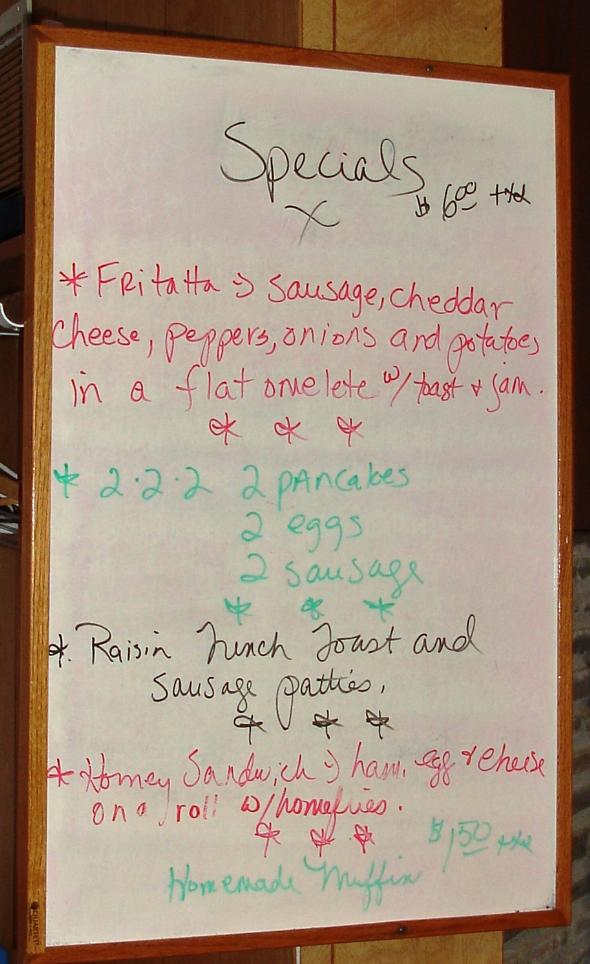 Prices have gone up a buck since this photo was taken. Even at $7, the breakfast specials are a bargain.

And while the town of Victor is a southeastern suburb of Rochester, few people in the big city even seem to be aware of Food at Fishers Station, which has VERY limited hours. They serve breakfast only on Thursday, Friday and Saturday from 7 a.m. – 11 a.m. and Sunday from 7 a.m. – noon. They no longer serve lunch. Also, they are located just a couple of minutes off the NY State Thruway, at exit 45. 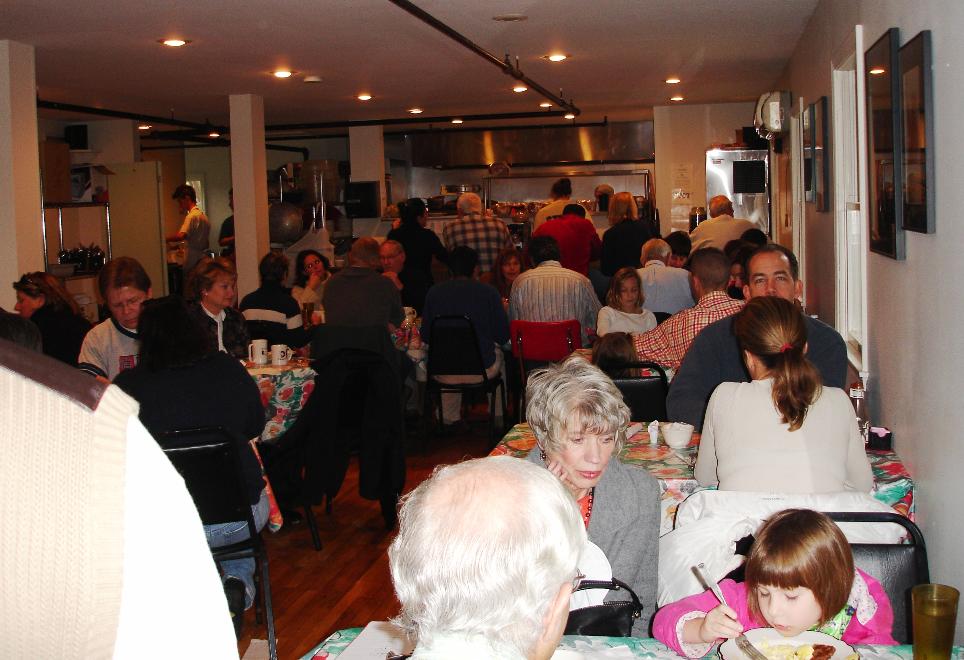 Dining at Fishers Station is like a party in someone’s home, especially if you find yourself seated with others at the long table next to the kitchen. Better yet, try to snag a counter seat. 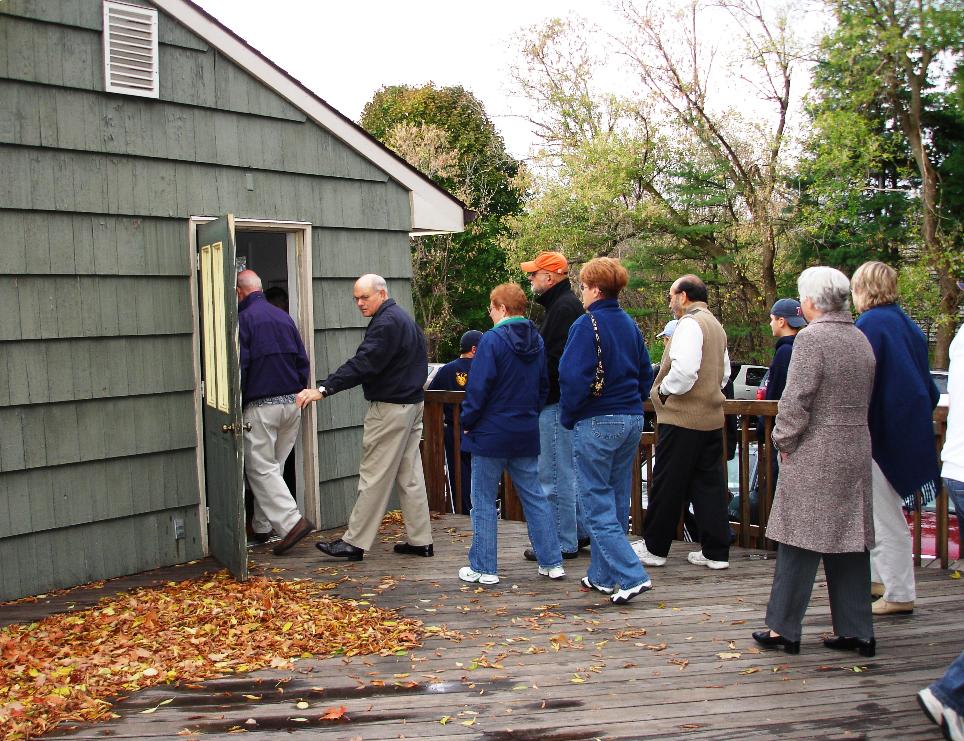 Waiting on the patio is part of the ritual of dining at Fishers Station. 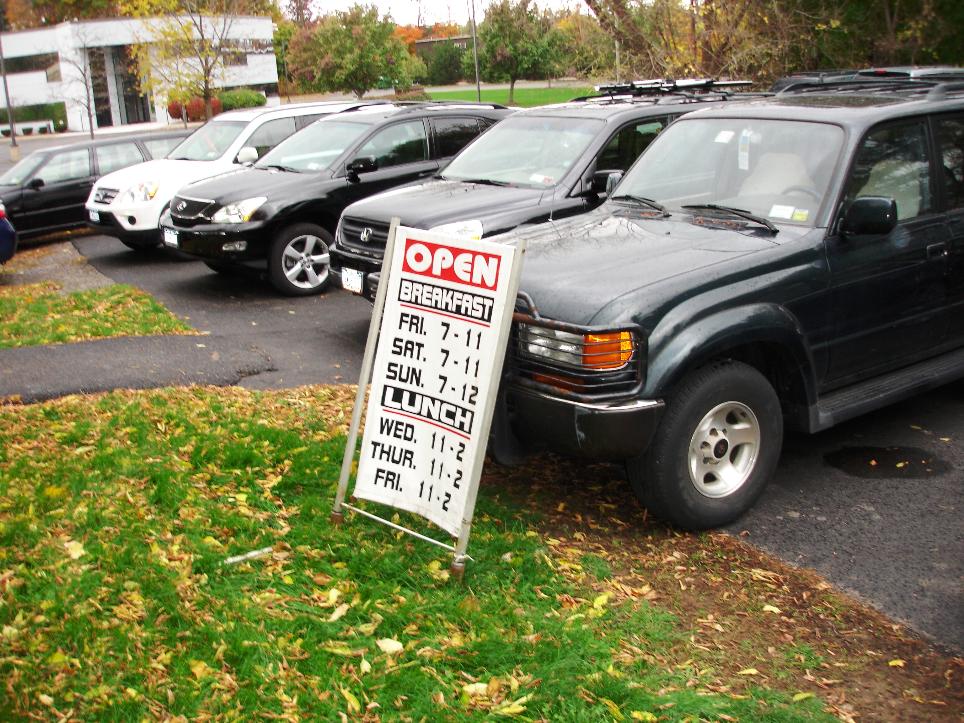 Food at Fishers Station has very limited operating hours. Lunch is no longer served but Thursday breakfast has been added. 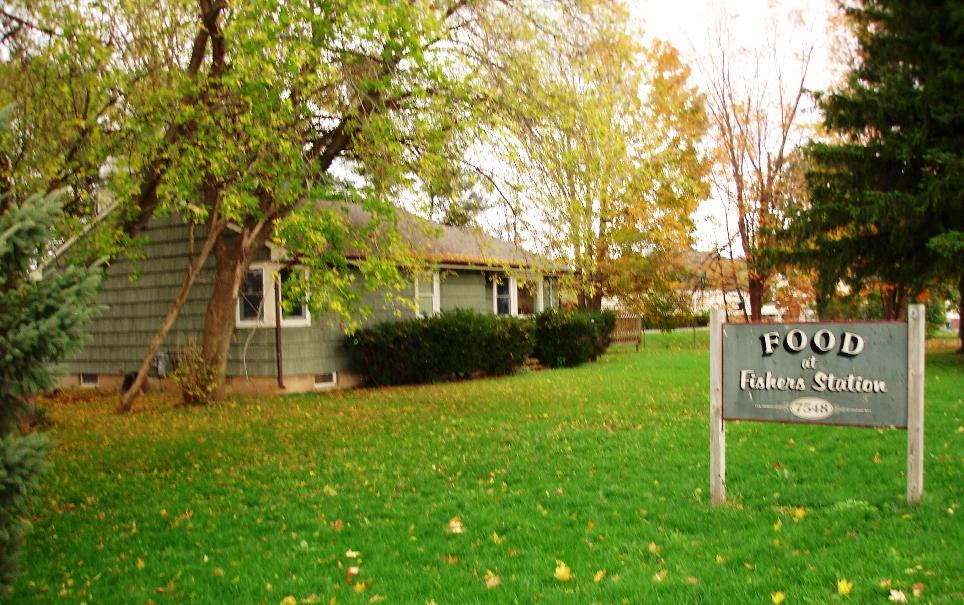 Yes, that house is what you’ll be looking for.