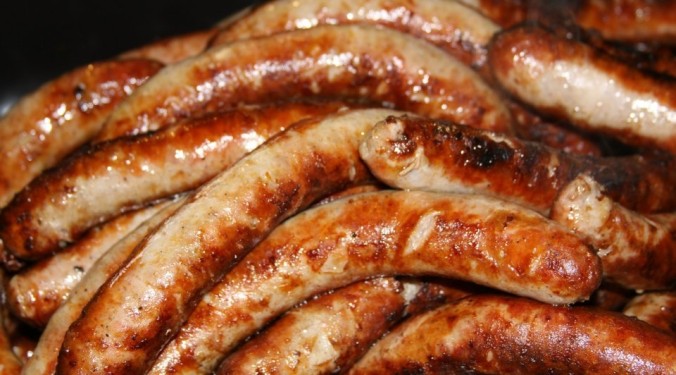 In 1953, a man named Alfred Stucki began managing Elberta’s Locker Plant in Alabama and it was there he originated the famous Elberta German sausage. Mr. Stucki died in 1973, and over the ensuing years the recipe for the sausage has evolved, but its roots can be traced back to Mr. Stucki’s 1953 original. And it’s that sausage that is celebrated twice a year in the town of Elberta, on the last Saturday of March and October. One of those days, March 28th, 2015, is almost here! 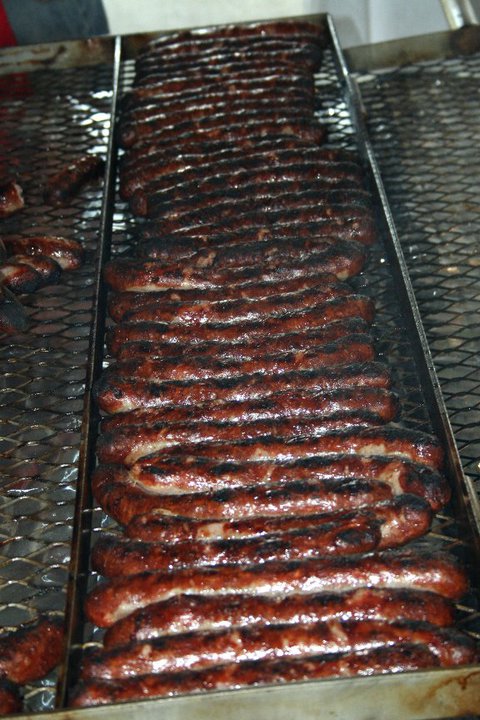 The festival, put on by the Elberta Volunteer Fire Department, expects to sell about 7000 pounds of the local sausage on Saturday, along with sauerkraut, stuffed cabbage, potato salad, and goulash. This being the South, there’ll also be red beans and rice and barbecue! There’ll be plenty of music of the German and Polka and country varieties, over 200 arts and crafts vendors, and carnival rides. The festival will be held in Elberta Town Park from 8 a.m. until 9 p.m. Bring an appetite! For more information, see the festival website.