It’s not easy to find Canadian cuisine in the U.S., unless you head up to our northern borders. Hell, most Americans probably don’t even know there IS such a thing as Canadian cuisine! Don’t they eat the same things that we do? Yes, they do, but there are also a surprising number of specialties unique to our northern neighbor, and many of them can be found at the Chez Ben Diner. 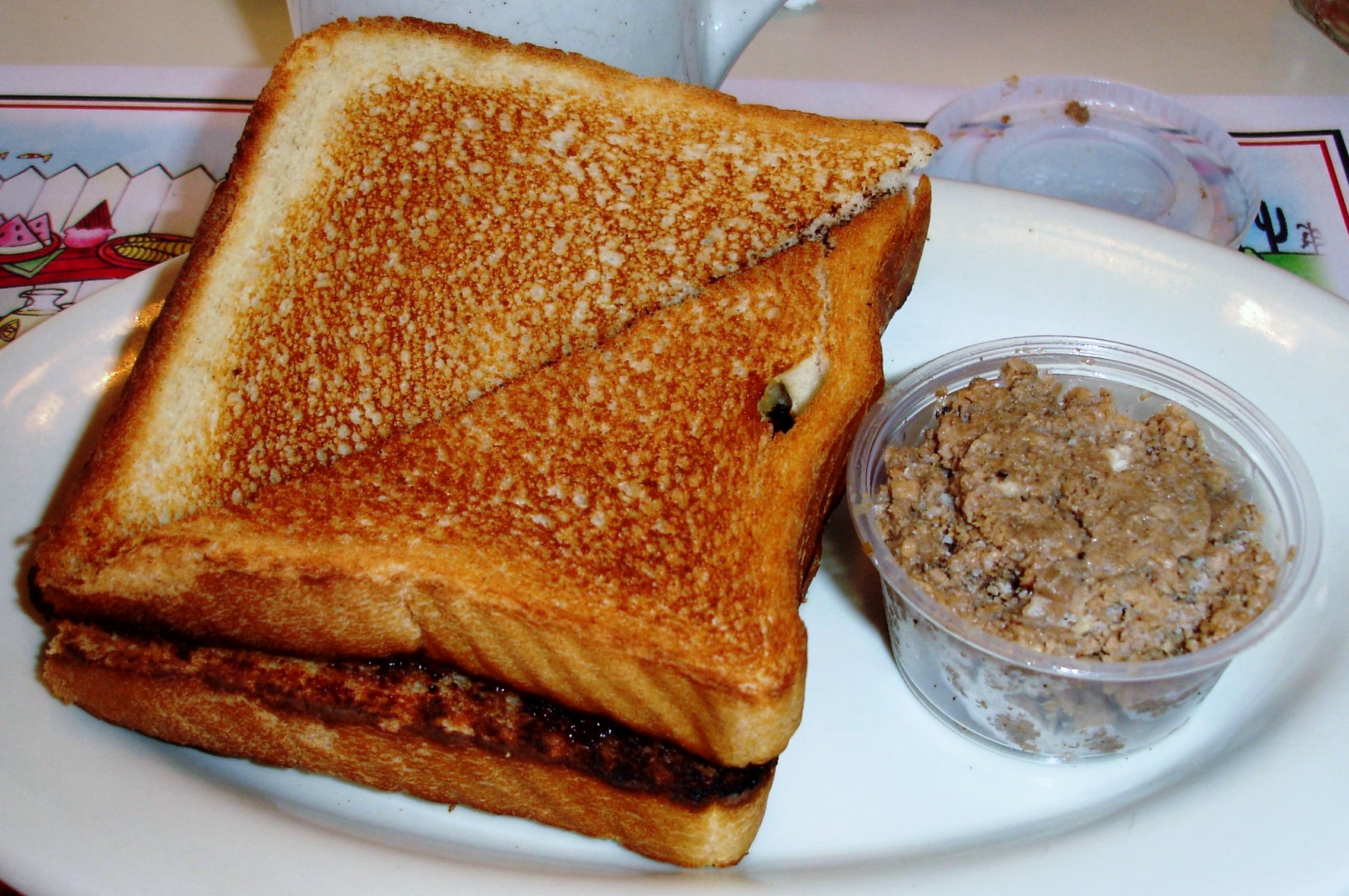 We paid a breakfast visit and were overjoyed to find a breakfast version of everyone’s favorite Canadian dish, poutine. Usually based on French fries, poutine at breakfast substitutes home fries and adds breakfast sausage. Along with the requisite cheese curds and gravy, this is a breakfast that will keep you well-fueled until dinner. We also enjoyed cretons and toast, a breakfast specialty of French Quebec that was new to us. Cretons is a cold pork spread, which sounds like the sort of thing you had to have grown up eating to appreciate, but it’s much easier than that. The meaty, finely minced spread is touched with sweet spices, and we found it addictive. We’re not the only ones, we gather, as Chez Ben sells it by the pound to go. 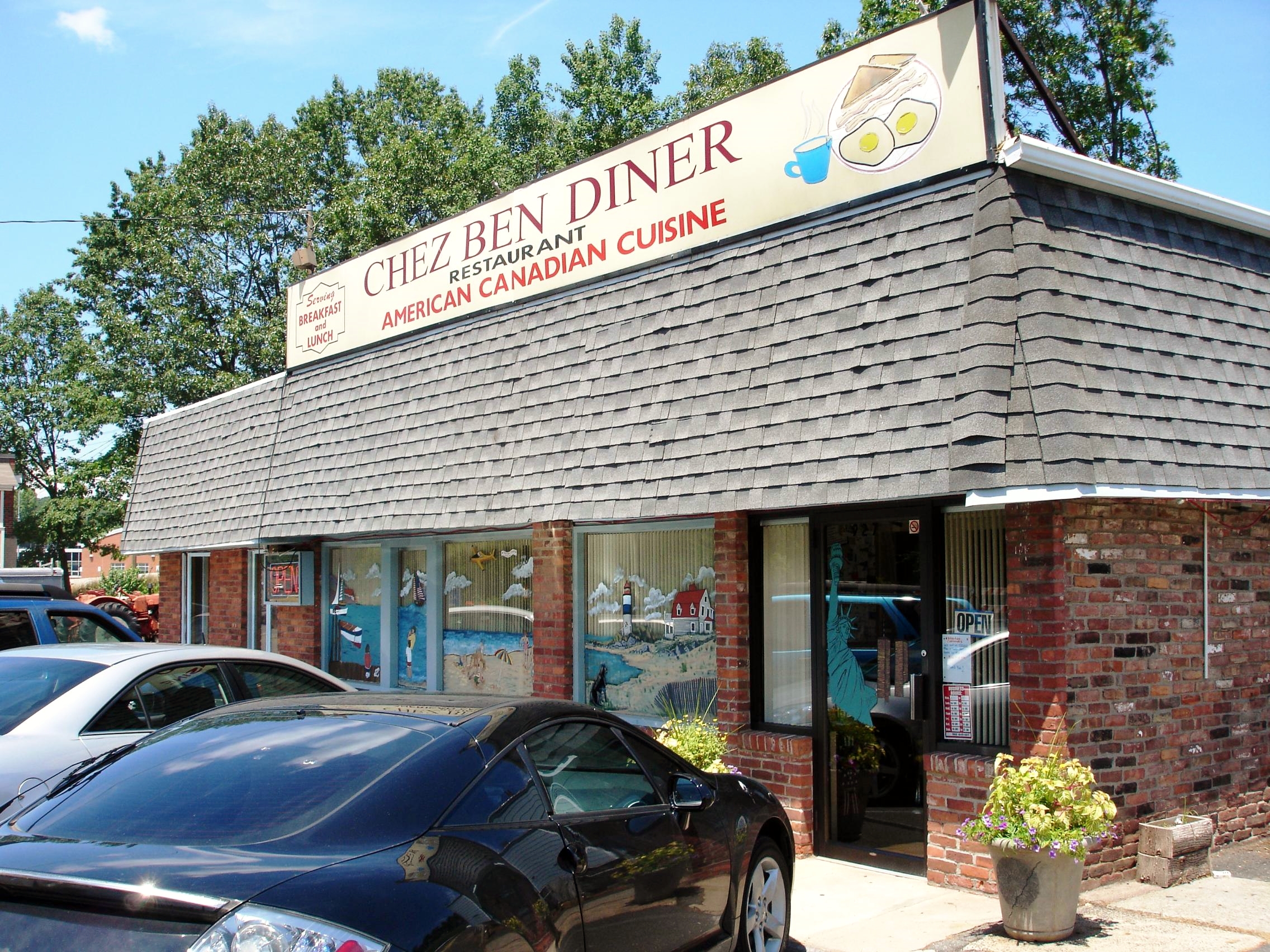 The Chez Ben is one of the southernmost outposts for exotic Canadian cuisine.

We look forward to returning for lunch, where the bulk of the Canadian selections come into play (most of the menu features standard American and, presumably, Canadian diner fare along the lines of burgers, sandwiches, and omelets). There’s a good selection of poutines, including one that features chicken and peas, and an Italian version with something the menu calls “Canadian sweet sauce.” But there’s more, like tortiere, the Canadian meat pie, and salmon pie, both of which are also available whole for take-out (at very reasonable prices). The menu also features guédille, that strange French Canadian sandwich on a toasted hot dog bun. This one features chopped egg and vegetables with mayo.

Chez Ben is a haven for homesick Québécois (Manchester is only about 220 miles from Quebec). We heard French spoken at many of the other tables, and most of those customers seemed to be well-known to the house. The Ben in the restaurant’s name comes from the founders, Benoit and Solange Quirion. The restaurant is now owned by their son and daughter-in-law, Joel and Anne Quirion. Their diner is casual, comfortable, and welcoming, whether you speak French or not.

One other note: like any self-respecting Canadian diner, they serve pancakes with (for a small surcharge) real maple syrup!