Danielle Bott is her name, and one of her duties as reigning National Cherry Queen is to travel with her entourage to the eastern media centers to publicize the National Cherry Festival, the wonders of Michigan cherries, and the tourism potential of northern Michigan for east coast residents. She arrived armed with three dozen cherry crumb pies courtesy of Grand Traverse Pie Company, which should be enough in themselves to make folks pay attention. 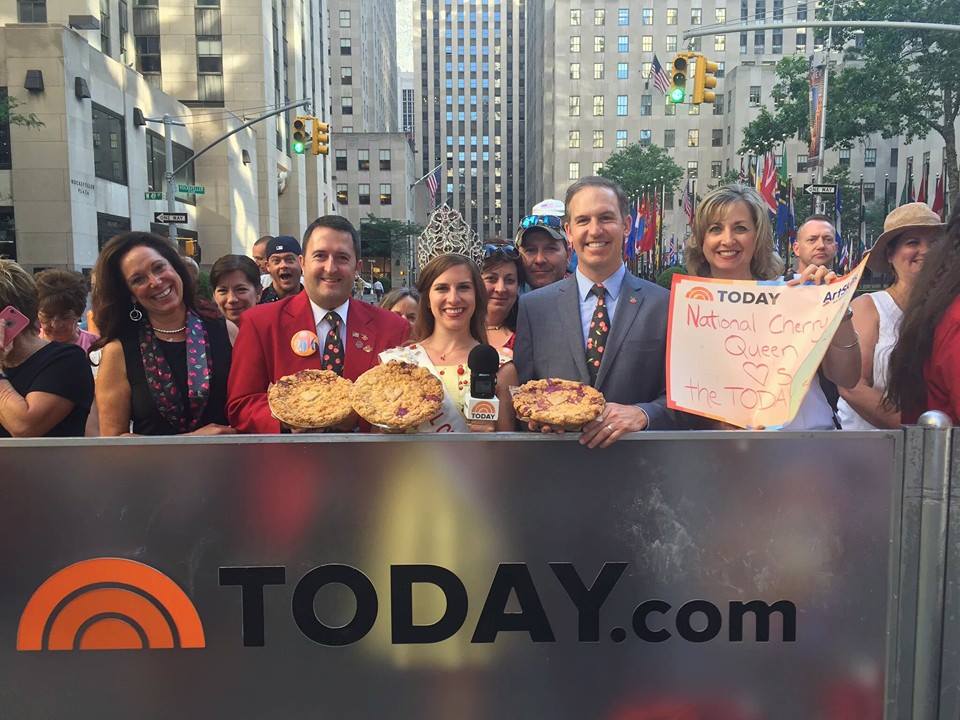 The National Cherry Queen makes her pitch on The Today Show.

She made her pitch and handed out pies on Good Morning America and The Today Show, to be followed by a trip to the nation’s capital, where she hopes to grace President Obama with one of Michigan’s finest. Word is they want to recreate a 1932 photo starring a previous Cherry Queen and a previous U.S. president. The fact that the president in question was Herbert Hoover makes that photo, we’d guess, highly unlikely (we have memories of Jed Bartlet panicking over a handshake with a guy who, as a child, shook Hoover’s hand on the eve of The Great Depression). But Mr. Obama, no doubt, will be more than happy to accept the pie.