We’re pretty confident in saying that no one is going to travel to the picture-perfect village of Woodstock, Vermont to eat a sandwich in a 24-hour gas station convenience store. No matter what we say here. And that’s probably as it should be. Still, our first experience with an Amato’s Italian sandwich was better than we expected. Quite good, in fact.  First, the backstory: 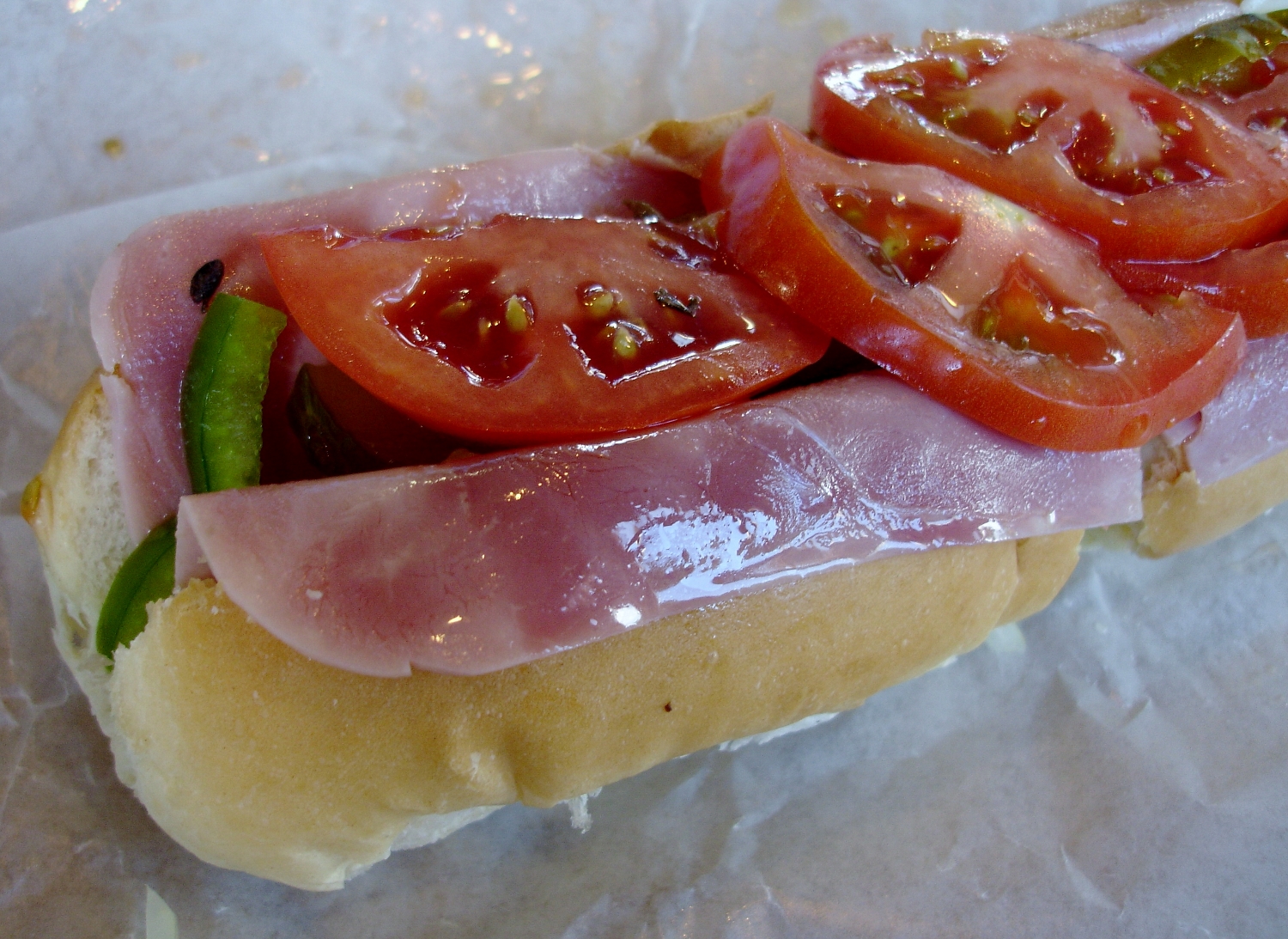 The peppers are crisp, the tomatoes are ripe, and it’s clear that the sandwich is well-oiled.

Amato’s is a northern New England sandwich chain that has roots in a deli founded by Giovanni Amato in 1902 on the Portland, Maine waterfront. Amato’s claims that this is where the “Italian sandwich,” as these sorts of things are known in Maine, was invented. The sandwich starts with a fresh-baked soft long roll, into which is laid American cheese, boiled deli ham,  onions, pickles, tomatoes, green peppers, olives, salt, pepper, and oil. It’s not particularly Italian, taste-wise, although the oil, onions, and olives do point it in the general direction of Italian-American cuisine. 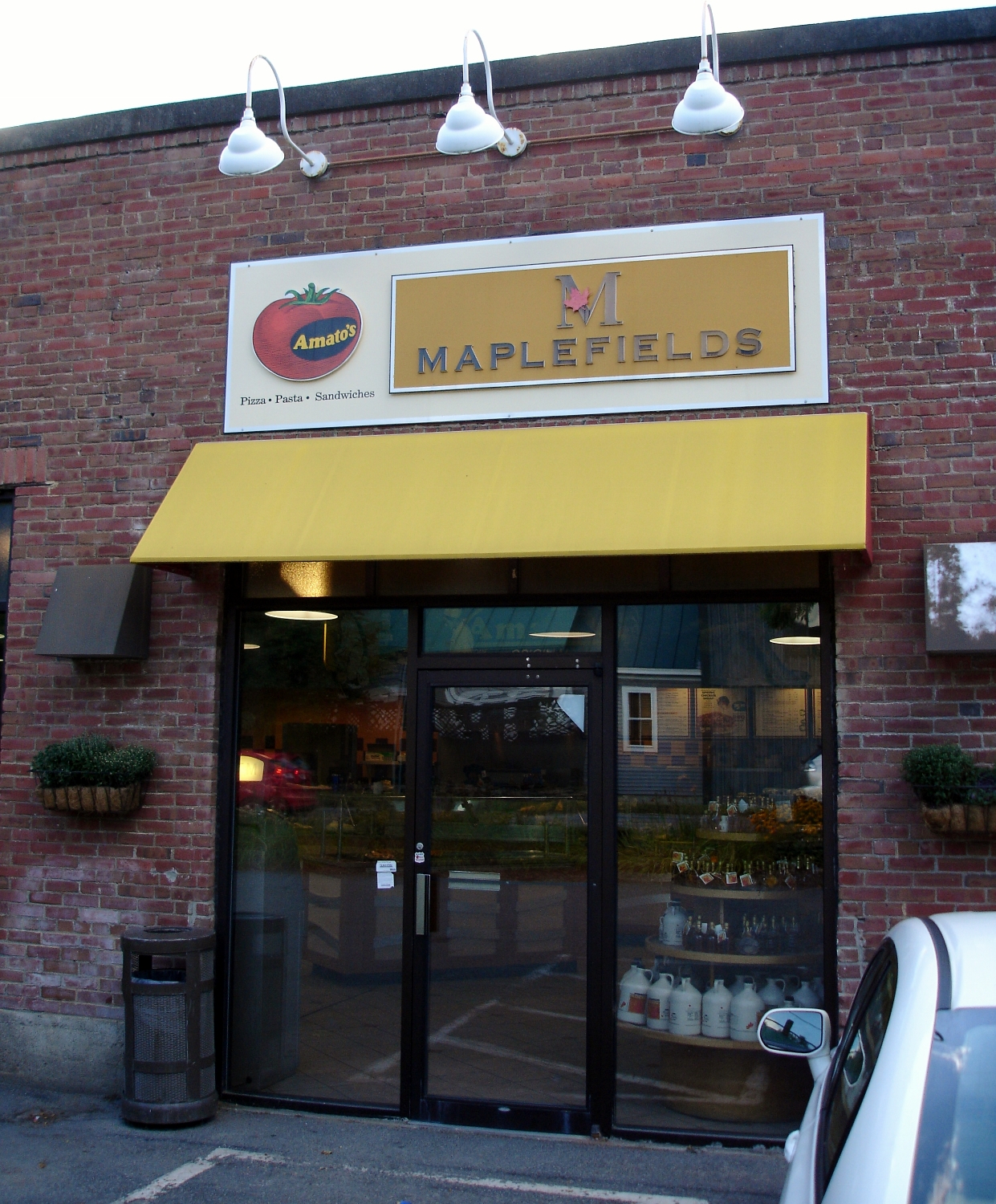 This is why you’re in Woodstock, isn’t it? To dine in a sandwich chain inside an all-night convenience store?

Thing is, it tastes really good. Why? Probably that fresh, soft roll in combo with the unusual green pepper and olives, the ripe tomatoes, and plenty of oil, does the trick. If you need to eat something a little more paisano, they offer a Classic Italian, which swaps in more traditional Italian meats and cheeses but, really, it isn’t necessary.

This Amato’s, like many of Vermont’s Amato’s, is inside a Maplefields convenience store and, as convenience stores go, this one is quite a pleasant little place with a clean, comfortable dining area and warm and friendly sandwich makers. New Jersey, it’s not.

We’d certainly like to sample some Maine “Italians” from an independent deli or two, but would we return to an Amato’s if the situation presented itself? Sure, why not?

Checking In At, Portland, Woodstock