As in many commercial fishing communities along America’s coastline, the coastal shrimping town of Biloxi, MS practices the tradition of an annual Blessing of the Fleet. Biloxi’s been doing this since 1929 although the history of the local seafood industry extends into the late 1800s. Back then, the seafood processing work, and later the fishing itself, was performed by thousands of Catholic immigrants from Yugoslavia as well as Cajuns from Louisiana.  Today, most of the shrimp boats are owned and operated by Vietnamese immigrants. The blessing, given by the local Catholic priest and bishop, marks the start of the shrimping season in Biloxi. 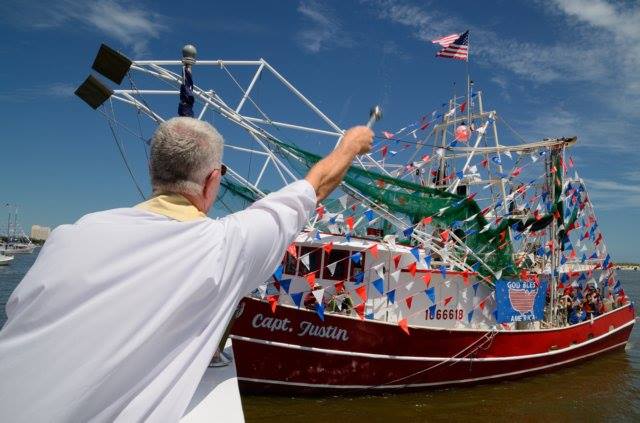 “May God in Heaven fulfill abundantly the prayers which are pronounced over you and your boats and equipment on the occasion of the Blessing of the Fleet. God bless you going out and coming in; the Lord be with you at home and on the water. May He accompany you when you start on your many journeys. May He fill your nets abundantly as a reward for your labor, and may He bring you all safely in, when you turn your boats homeward to shore. Amen”

If the entire event was just the blessing it would still be worth witnessing, but there’s so much more. It all begins Thursday evening, June 2nd, with a memorial mass for deceased fishermen at St. Michael Catholic Church (also known as The Fisherman’s Church). Friday evening, there’s a reception for past royalty and a seafood cook-off. Saturday’s festivities begin at 10 a.m. with the Fais-Do-Do (that’s Cajun for a big dance party) with live music and the freshest boiled shrimp plates you’ll ever eat. You’ll likely also get a chance to feast on jambalaya, gumbo, stuffed crab, and plenty more. 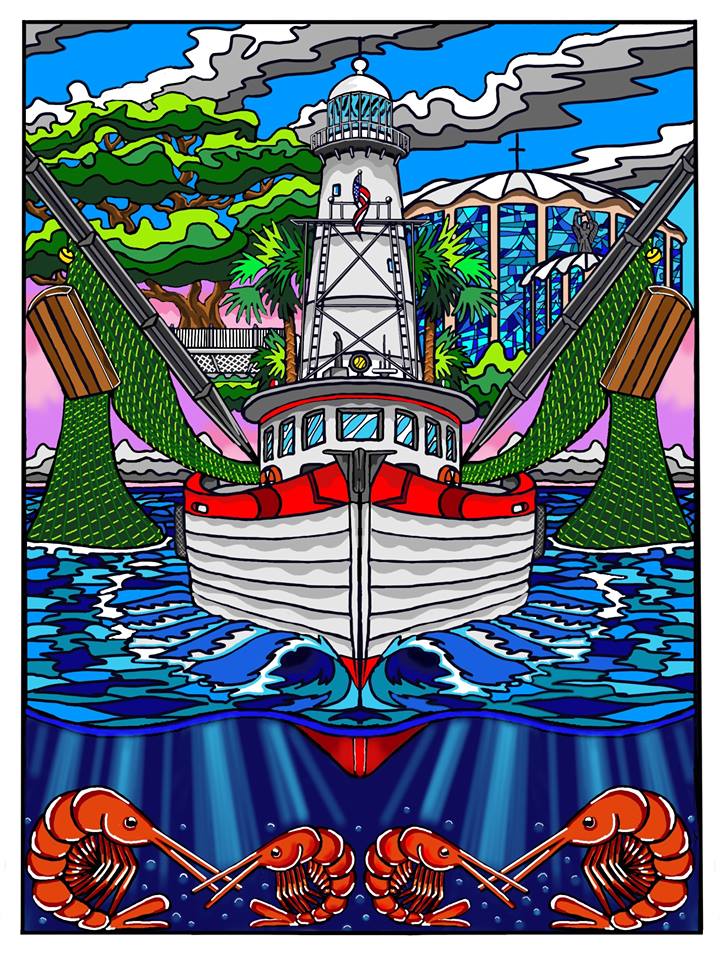 The Shrimp Queen Pageant, culminating in the coronation of this year’s shrimp king and queen, will begin later in the day at the fais-do-do. There’s also a Blessing of the Fleet Mass at the church at 4 p.m. The actual Blessing of the Fleet will take place at 2 p.m. on Sunday, to be followed by the traditional parade of boats through Biloxi Channel. It’s a full four days rich with local history and tradition. Have a look at the Blessing website for all the details.