As you stroll from the parking lot to Barbara Jean’s front door, eyeing the Mercedes and Jaguars and BMWs you pass along the way, you might be skeptical of your chances of finding good, and inexpensive, home cooking inside. Nonetheless, here it is, in the golfing mecca of Ponte Vedra Beach. 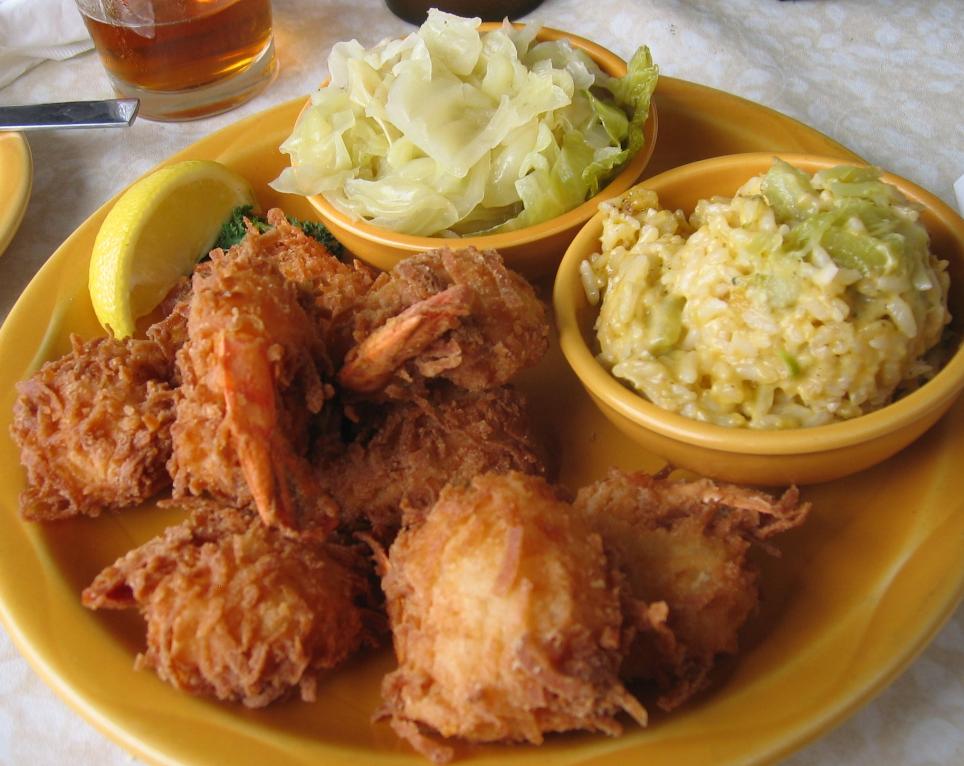 The stars of this plate are the two sides.

Situated by the banks of the Intracoastal Waterway, Barbara Jean’s is one of three restaurants in the small chain based in Georgia. They specialize in local favorites and, in particular, are beloved for their crab cakes. Available in five- and seven-ounce sizes, in the restaurants and by mail, these are very good crab cakes, though to Maryland crab cake aficionados these damp-centered cakes may not quite satisfy the craving for an elemental lump-crab-and-nothing-but-crab cake. 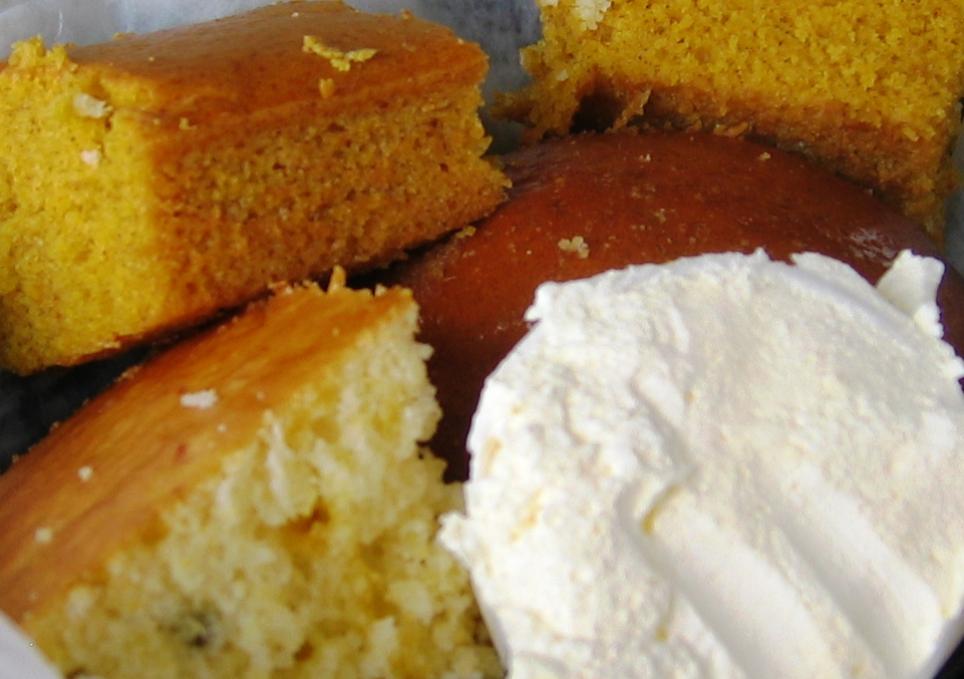 The front of the menu features a number of seafood preparations, but we recommend flipping the menu over. There you will find a roster of Southern vegetables. The cooked cabbage and broccoli and rice casserole, in particular, are simply outstanding, the cabbage a savory exemplar of Southern-style steamed cabbage, the casserole a goopy rice and vegetable melange that would make any cafeteria cook proud. Together with the fine basket of homestyle breads, a selection a vegetables would make a very satisfying lunch. Also on the back of the menu are an enticing array of homey entrees including meatloaf, pot roast, and chicken-fried steak. 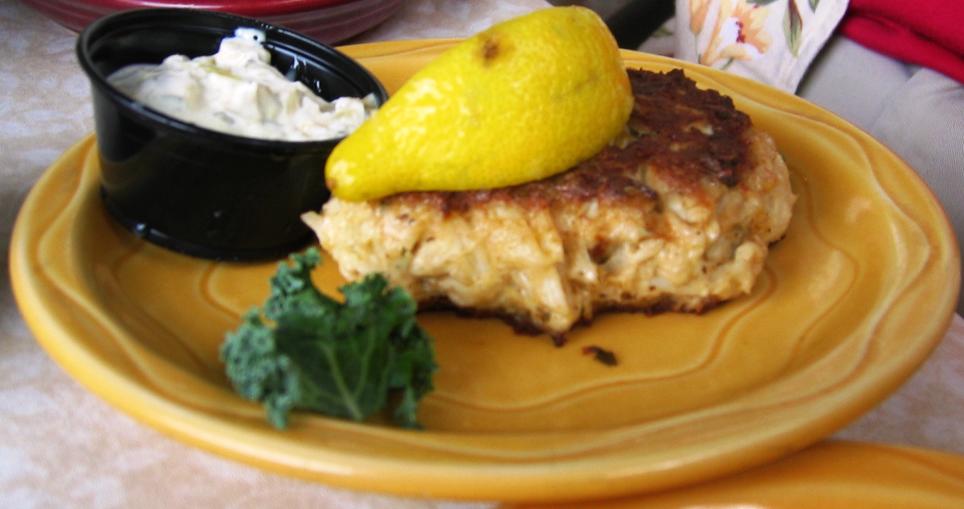 The crab cakes come in two sizes. This is the large (7 oz) one.

Flip back to the front of the menu for dirty rice, listed as an appetizer (also available as a meal, which sounds like a great idea to us). We could eat mounds of this mixture of seasoned rice and sausage. Coconut shrimp is another specialty of the house. It’s not the sort of thing we ordinarily order, but having seen it on practically every menu in Florida, we felt we had to give it a try. Beautifully fried, and served with a sweet orange sauce our waiter called marmalade, these are just the ticket for those people who enjoy their shrimp wrapped in a thick coconut cookie blanket. We couldn’t handle dessert, but something called Chocolate Stuff, which we understand to be some sort of chocolate cobbler, and a Barbara Jean’s favorite, sounds tempting, as do the fruit cobblers and bread pudding. 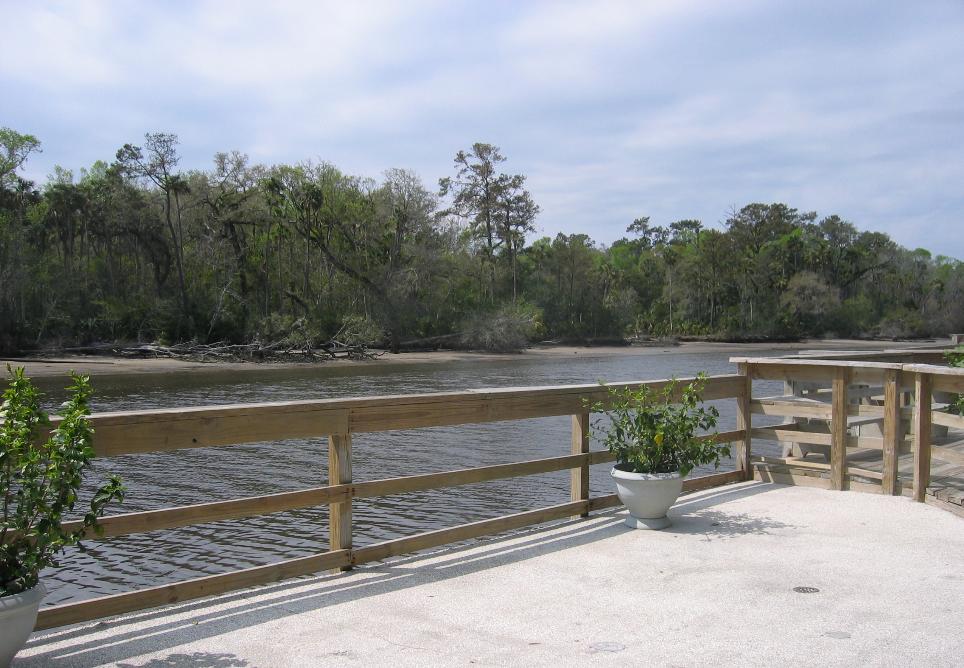 Barbara Jean’s is situated on the shores of the Intracoastal Waterway.

Most of the seating is indoors but we recommend sitting out back by the side of the Intracoastal Waterway. 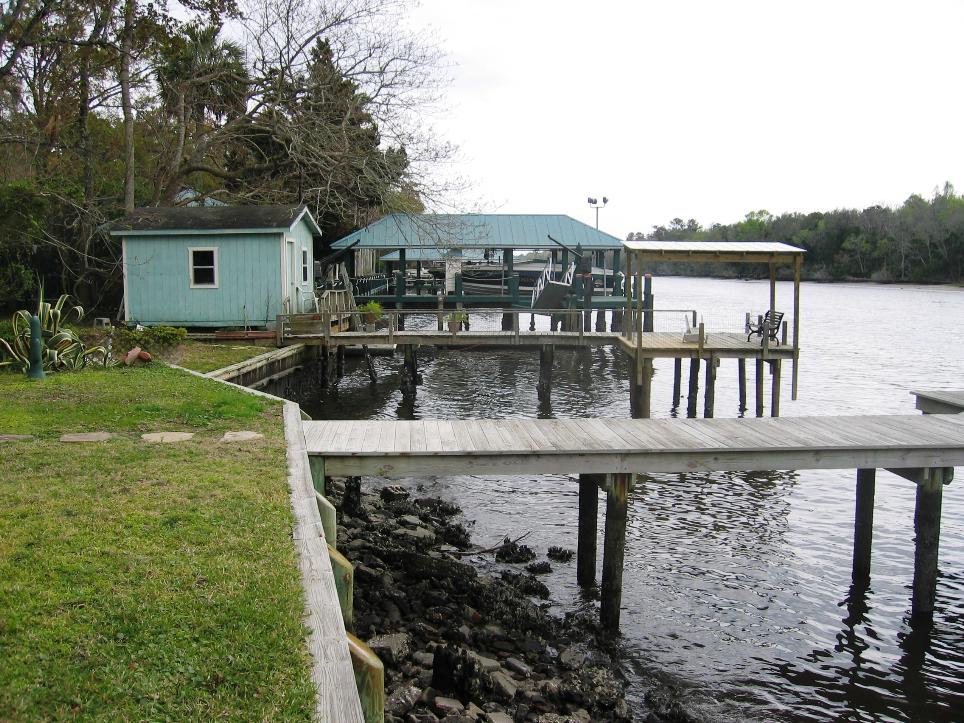 Choice seating at Barbara Jean’s is along the Intracoastal Waterway. 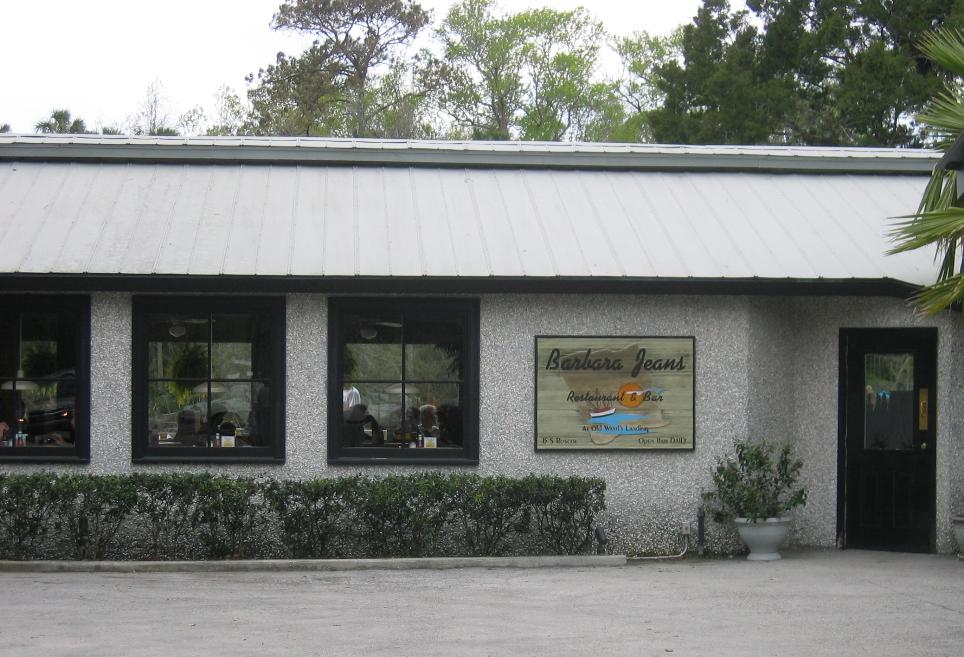