If you ask around in Endicott for the best Italian restaurant in town, you’ll hear about two restaurants repeatedly: Oaks Inn and Consol’s. It’s local sport to debate the relative merits of the two restaurants. Both are many decades old, both serve old-time Italian/American food, and they are just across the street and down the block from each other. If you dine in both to see what’s what for yourself, however, things become less, not more, clear. Why are these two restaurants compared at all? They don’t even play in the same league.

Consol’s arancini are both crusty and creamy. Highly recommended.

While neither Italian eatery could be called upscale, and both are bargains if you’re used to big-city restaurant tariffs, the Oaks is aiming decidedly higher than Consol’s. Oaks feels more like an old-time restaurant. Consol’s splits the difference between Italian restaurant and pizzeria, with a more bustling and ramshackle feel. Consol’s is especially well-known for their pizza, with a steady stream of customers arriving for take-out orders of hot pies sent out into the world in Consol’s unique style: no boxes here – the pies are wrapped in paper bunched up on top. Better hope it’s not a cold night. 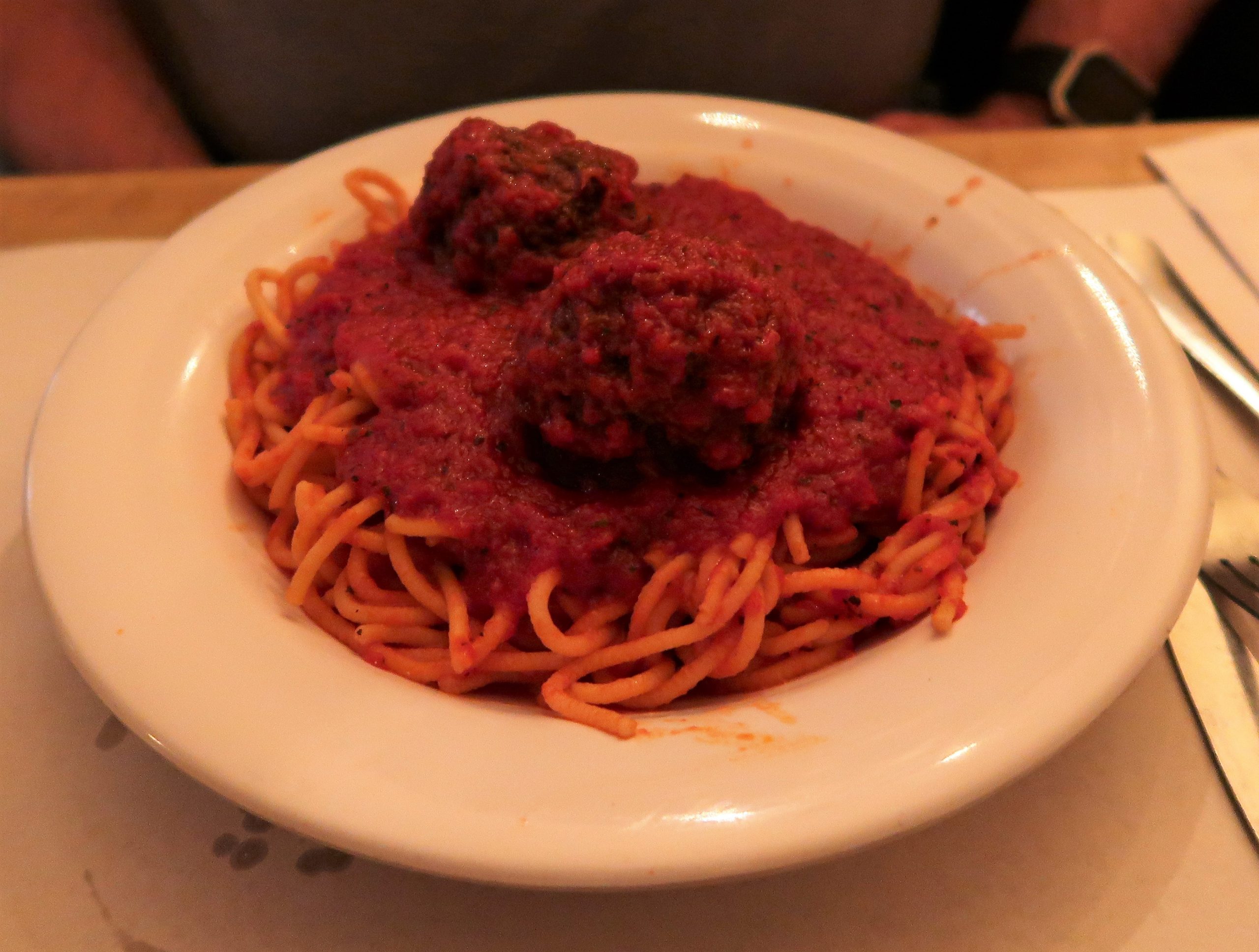 A pair of good meatballs to garnish your dish of homemade pasta will set you back just two bucks.

The pizza on other tables looked good, and perhaps its Consol’s greatest strength, but we were here for old-fashioned Italian food. Quite frankly, in most cases we found the cooking to be superior at Oaks. Both restaurants serve very similar homemade spaghetti but Consol’s red sauce, in keeping with local tastes, is sweet. Unless you grew up in the region you may find it too much so. 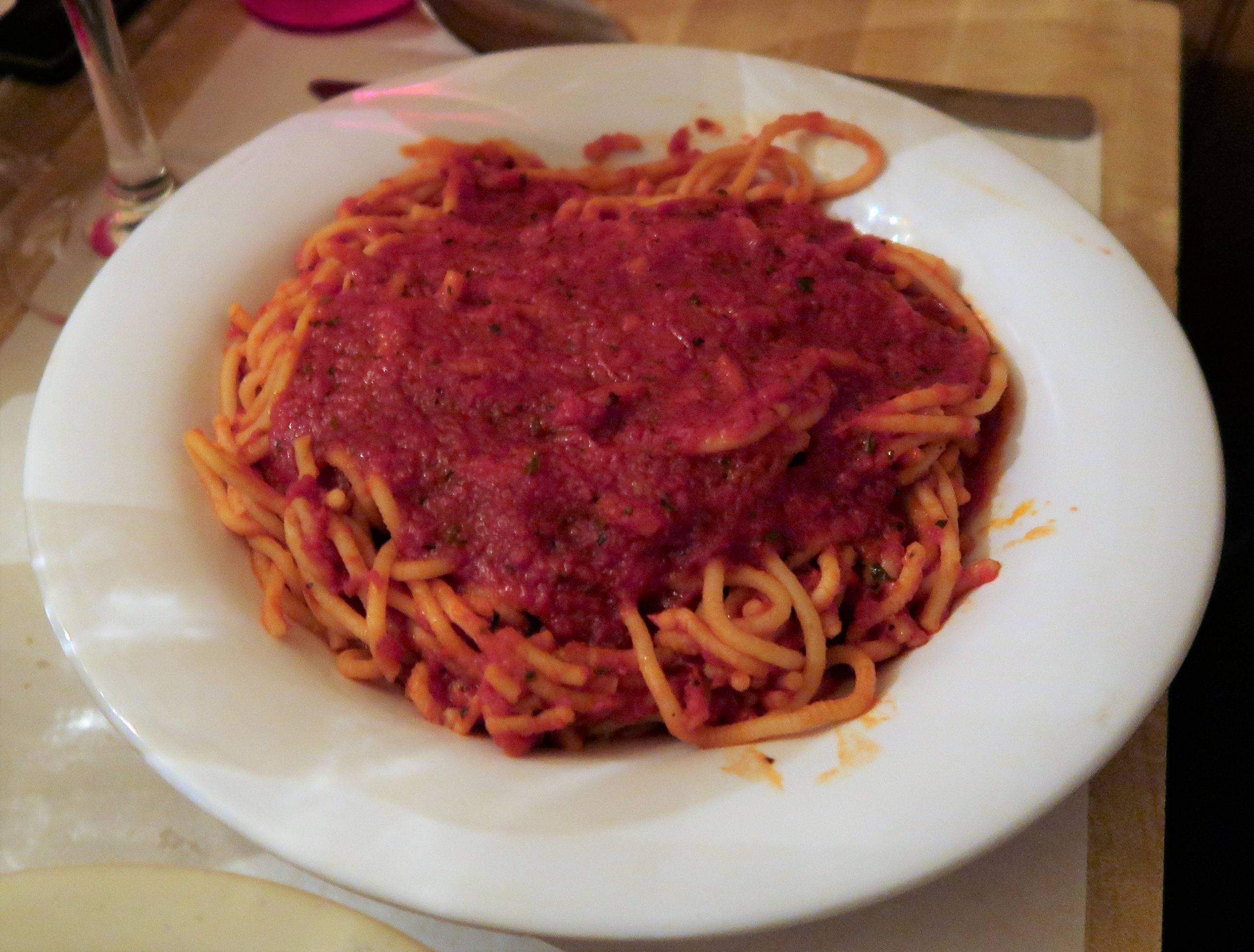 You have your choice of regular or homemade spaghetti. This is a small order of the homemade, topped with the locally favored sweet red sauce.

Veal parmigiana, the best thing we tried at Consol’s, can reasonably compete with Oaks version. We loved the arancini as well. On the other hand, to our tongues the sliced Italian bread in the basket just isn’t as good as Oaks bread, and the freebie salad is a step below Oaks. A piece of cake we were comped was barely edible and, alarmingly, a dish of gnocchi in Alfredo sauce was inedible, the little dumplings as chewy as gum. 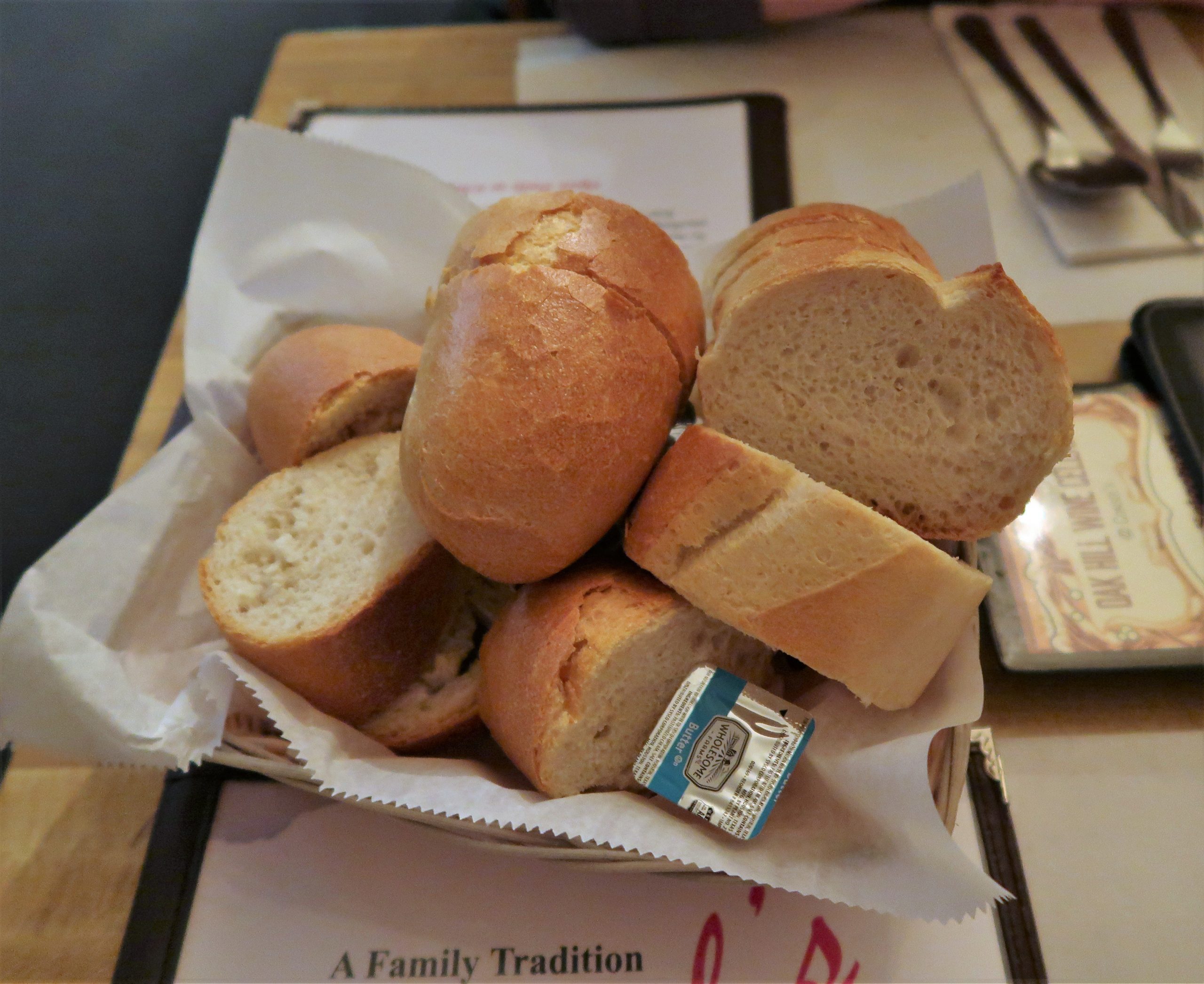 We believe Oaks Inn gets their excellent bread from Battaglini, on the same block as Consol’s and Oaks. Consol’s bread is not as substantial but it’s fresh.

Service was just fine, friendly and casual, and we enjoy the feel of the restaurant. We’ll certainly be returning to sample the pizzas, called “hot pies” in the old-time Triple Cities vernacular. The rest of the menu may be hit or miss but with a few visits it’s surely possible to suss out enough dishes that Consol’s does particularly well to put together a great old-time Italian dinner (arancini and veal parm are a good start). 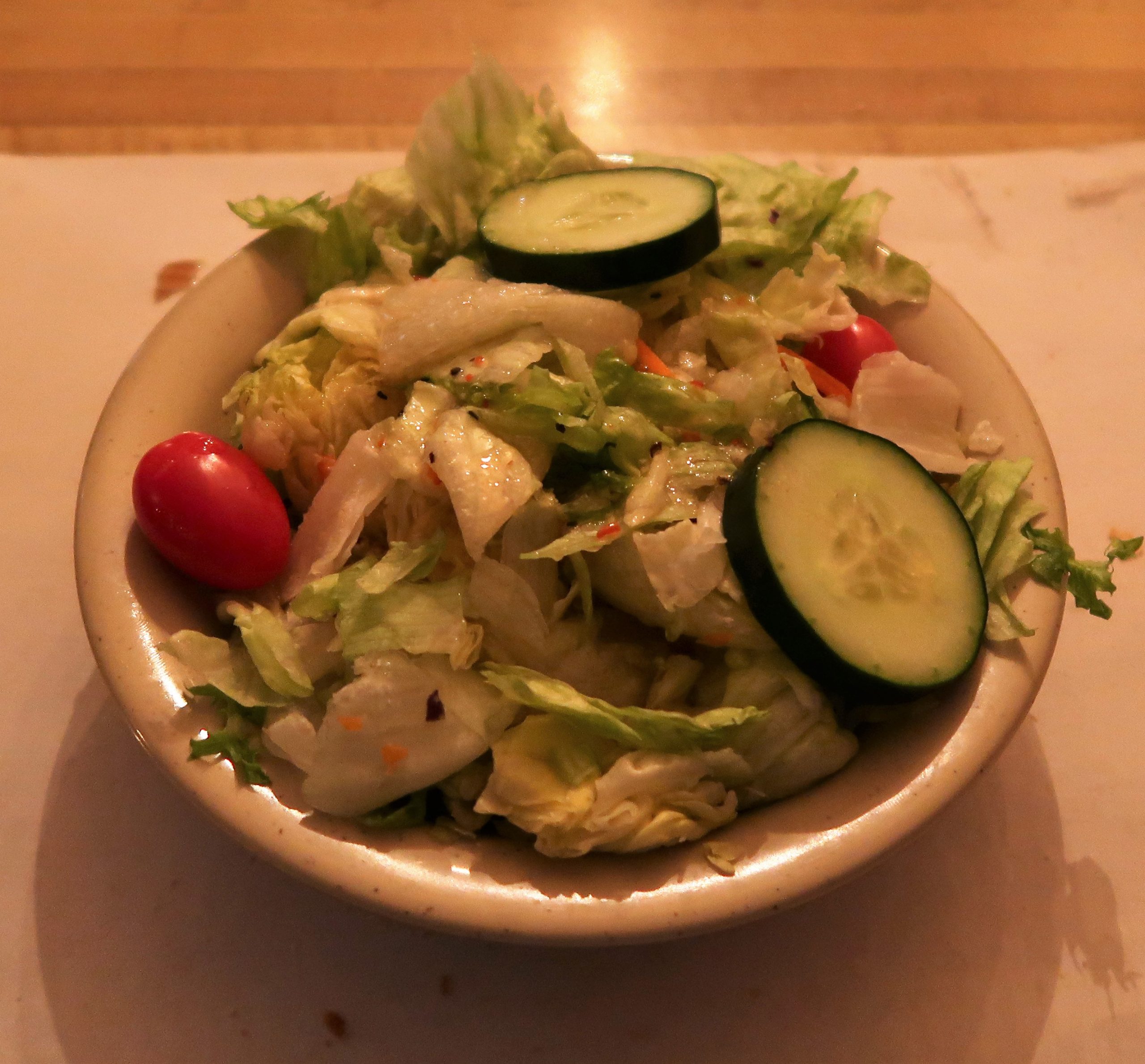 A simple salad comes with all meals.

Consol’s gnocchi are said to be homemade. They’re seen here in a pool of Alfredo sauce. The sauce is OK but the gnocchi are inedibly tough and chewy. 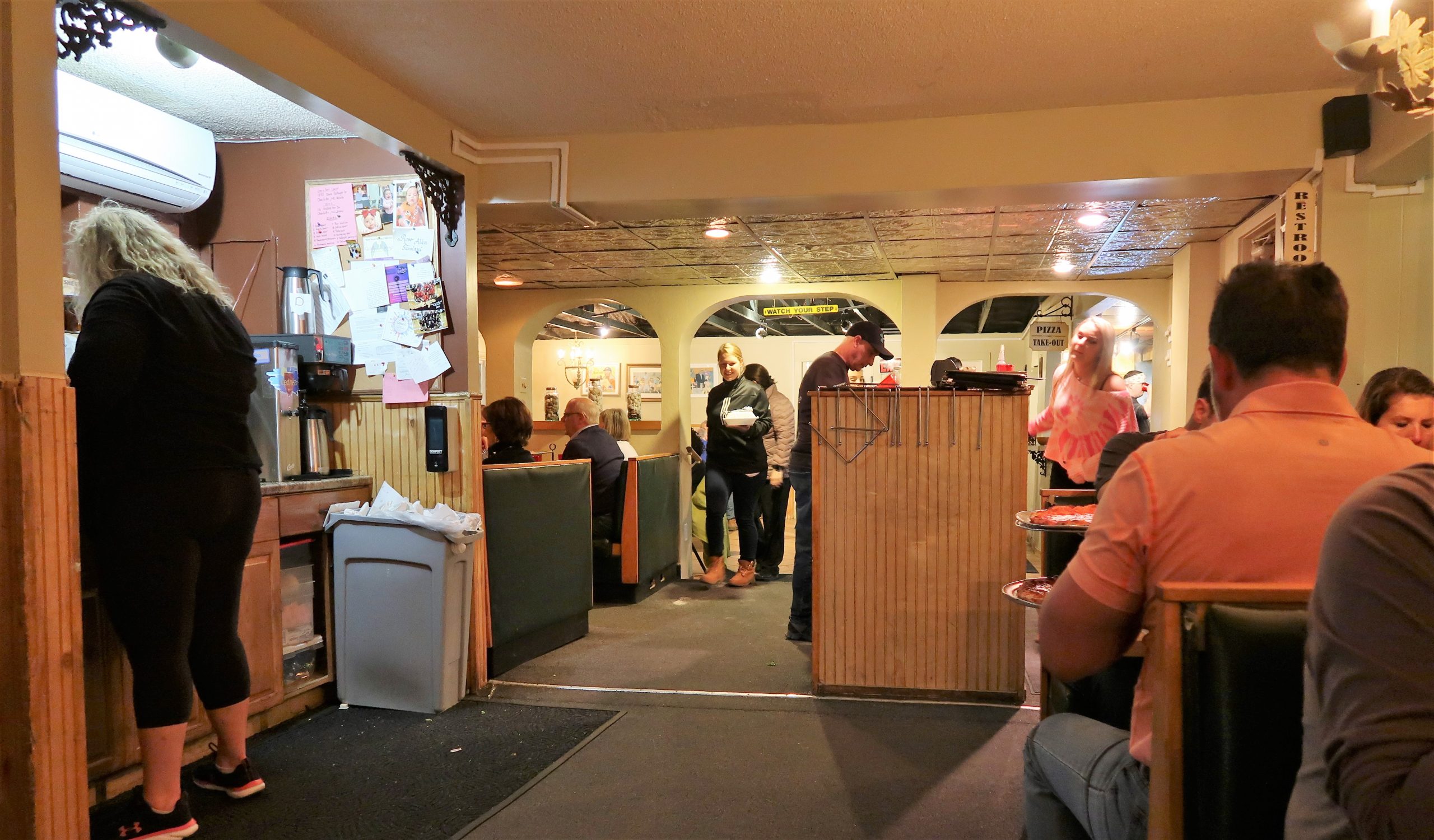 Consol’s is decidedly more casual than Oaks Inn, and also somewhat less expensive (not that Oaks is by any means pricey). 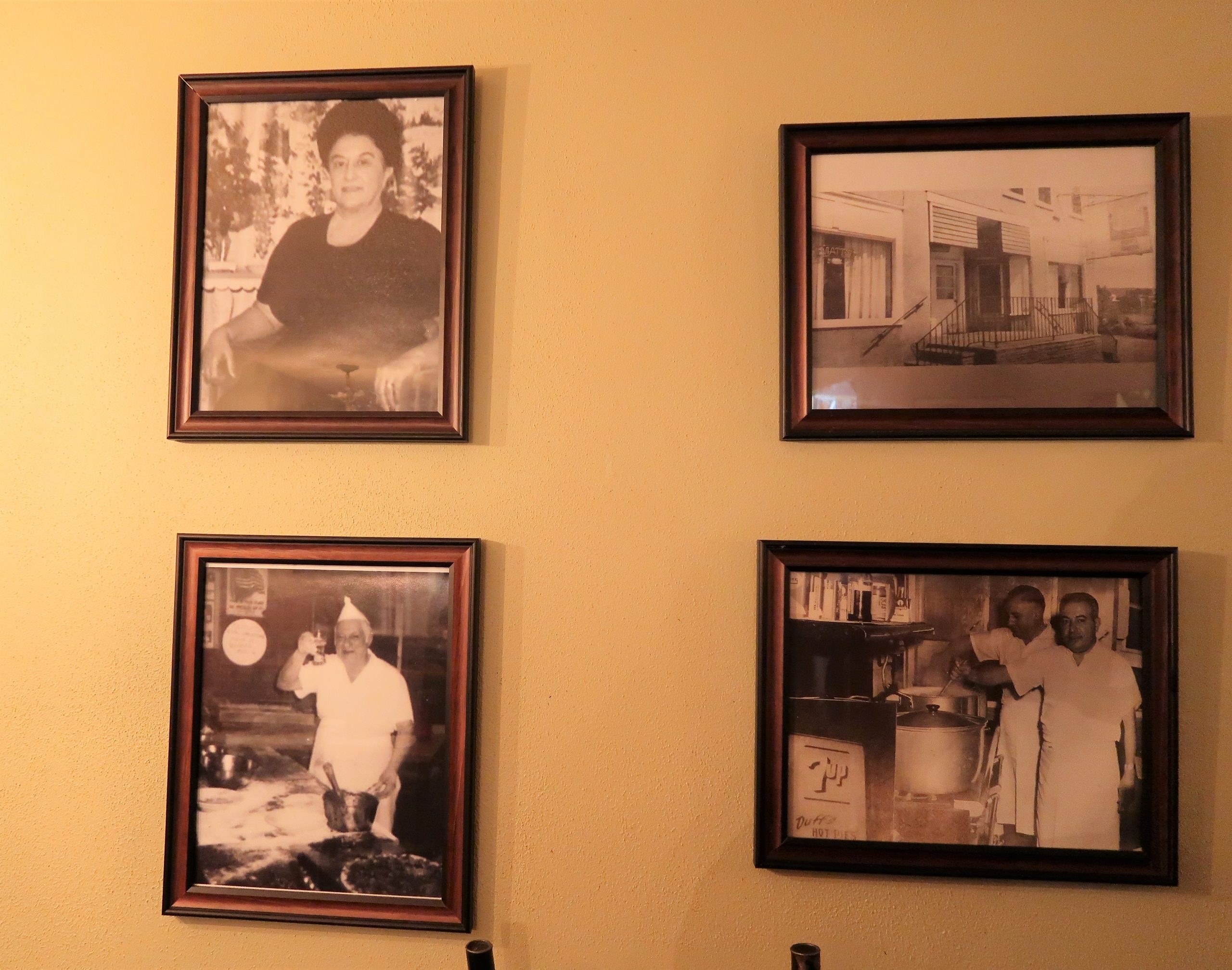 Consol’s opened in 1946, and they have the photos to prove it. 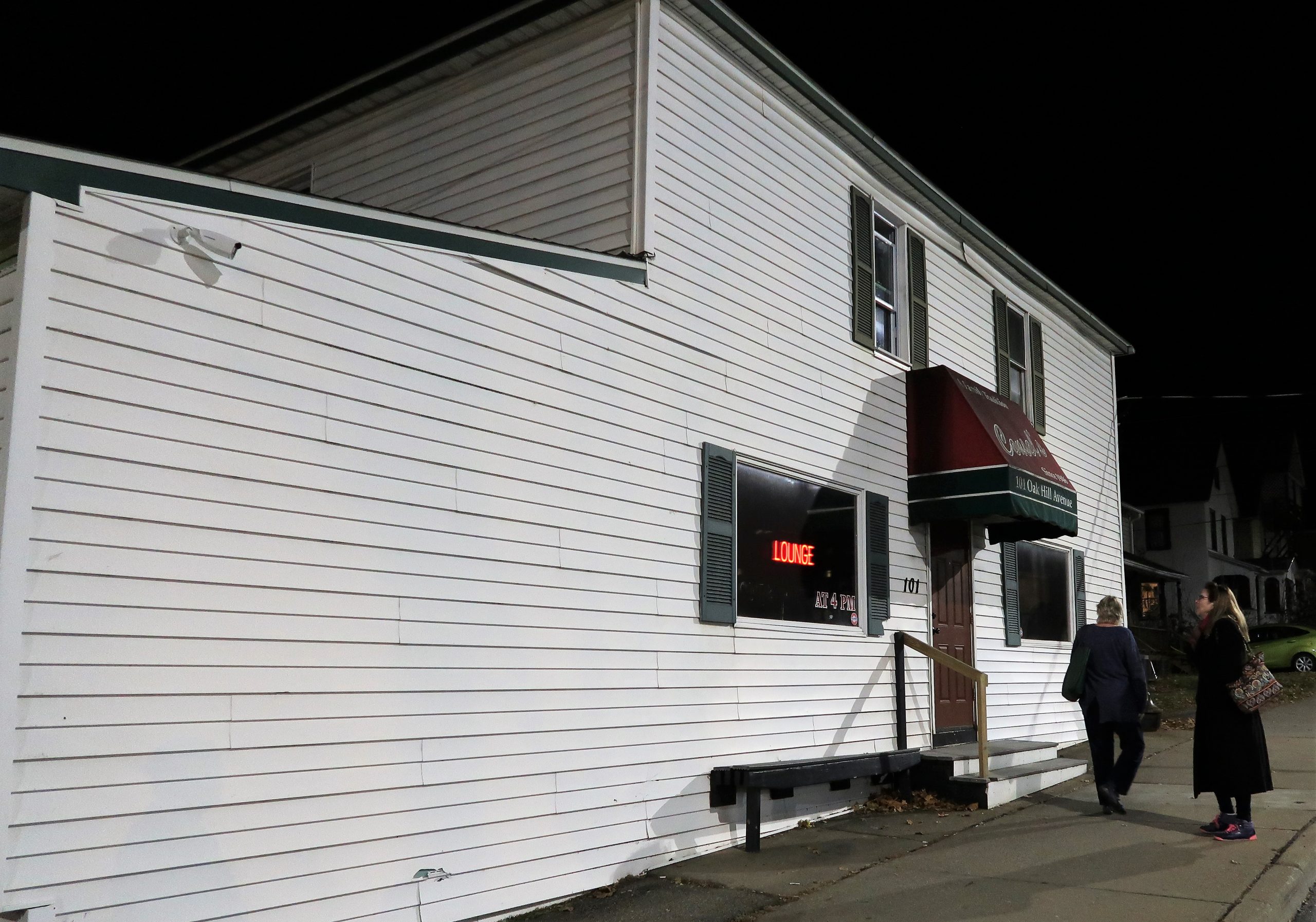 Italian dining in the Italian section of Endicott