Either you love urban street festivals or you don’t. They’re not for everyone. We’re street festival veterans and you can put our names down among the lovers. In our New York days in the ’70s, we’d never miss the annual Feast of San Gennaro in Little Italy, or the Ninth Avenue International Food Festival. It usually takes years of festival-going to learn each festival’s strengths and weaknesses. 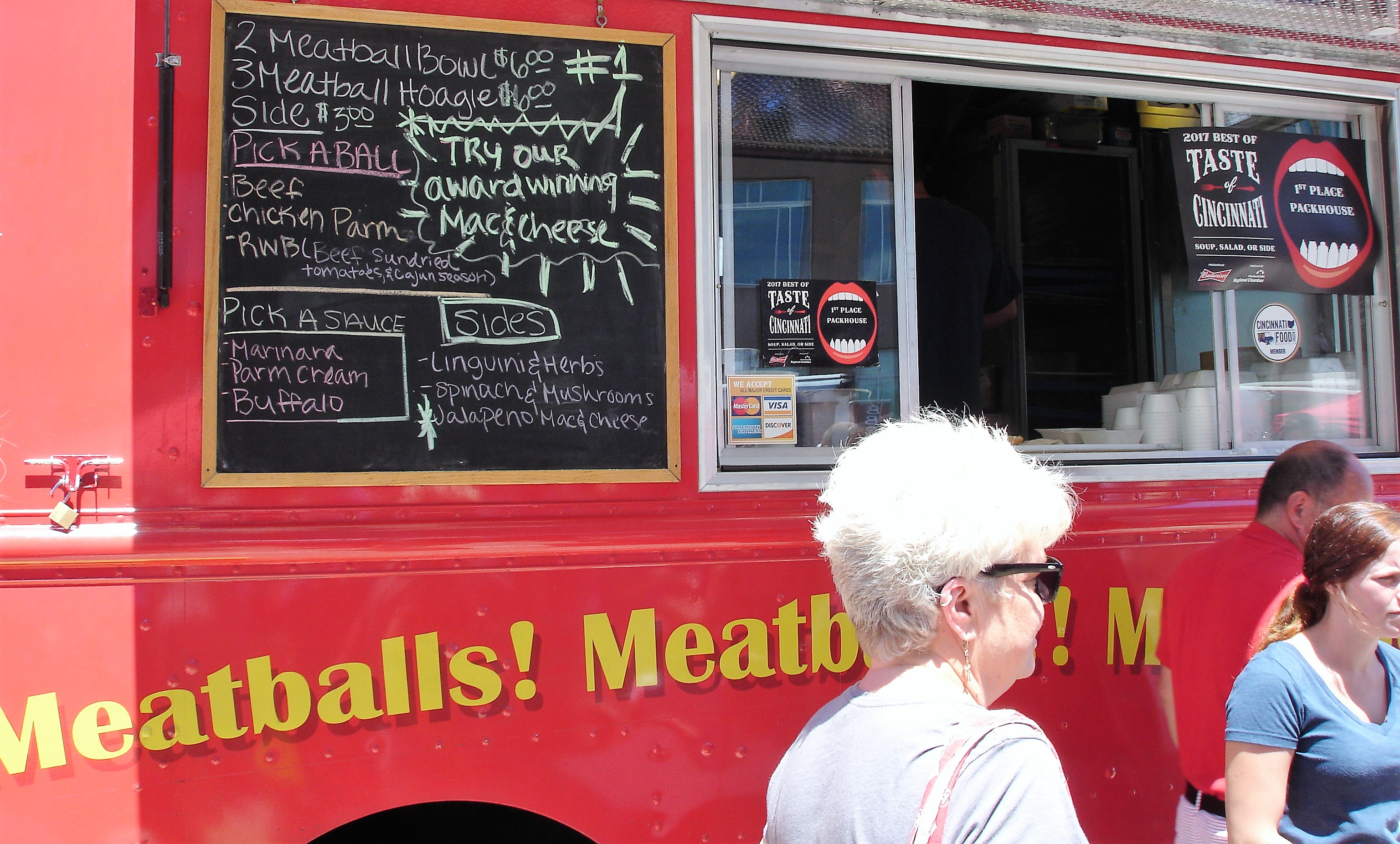 The food truck Packhouse won first place in Best of Taste for their mac and cheese. We didn’t try it but we have to admit, we saw people walking around with bowlfuls of mac and cheese topped with meatballs and it looked outrageously good.

Our first visit to the San Gennaro fest taught us that you do not begin the evening with a bagful of zeppole, unless you are hoping for a very short evening. We always made a point not to miss an Esposito sausage sandwich at the Ninth Avenue Festival, and the Greek Poseidon bakery was our last stop, where we picked up a box of galaktoboureko, for when appetites finally revived at home. 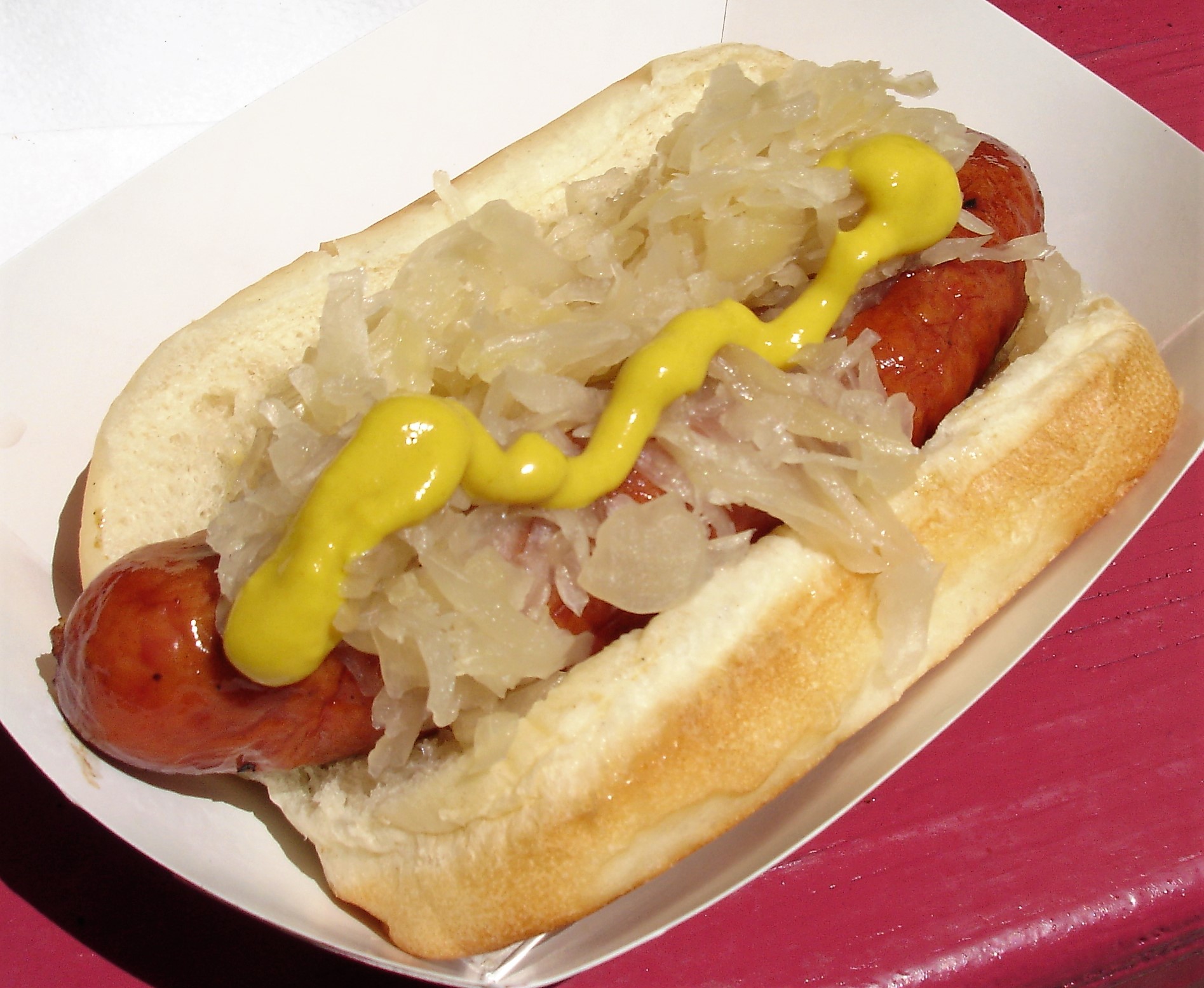 As brats are to Sheboygan, metts are to Cincinnati. Mett is short for mettwurst, which in Germany is a smoked and spreadable sausage. The Cincinnati version is red, definitely not spreadable, smoky, and something like a meaty, muscular kielbasa. Great with mustard and kraut, although we think yellow mustard doesn’t do the sausage justice.

The kind folks at Taste of Cincinnati enable you to hit the ground running: they hold a Best of Taste competition in the spring. Restaurants enter the dishes they plan to sell at the Memorial Day weekend festival, and the powers that be select the best entries in various categories. As you stroll the festival you’ll see the winners proudly displayed at each booth. 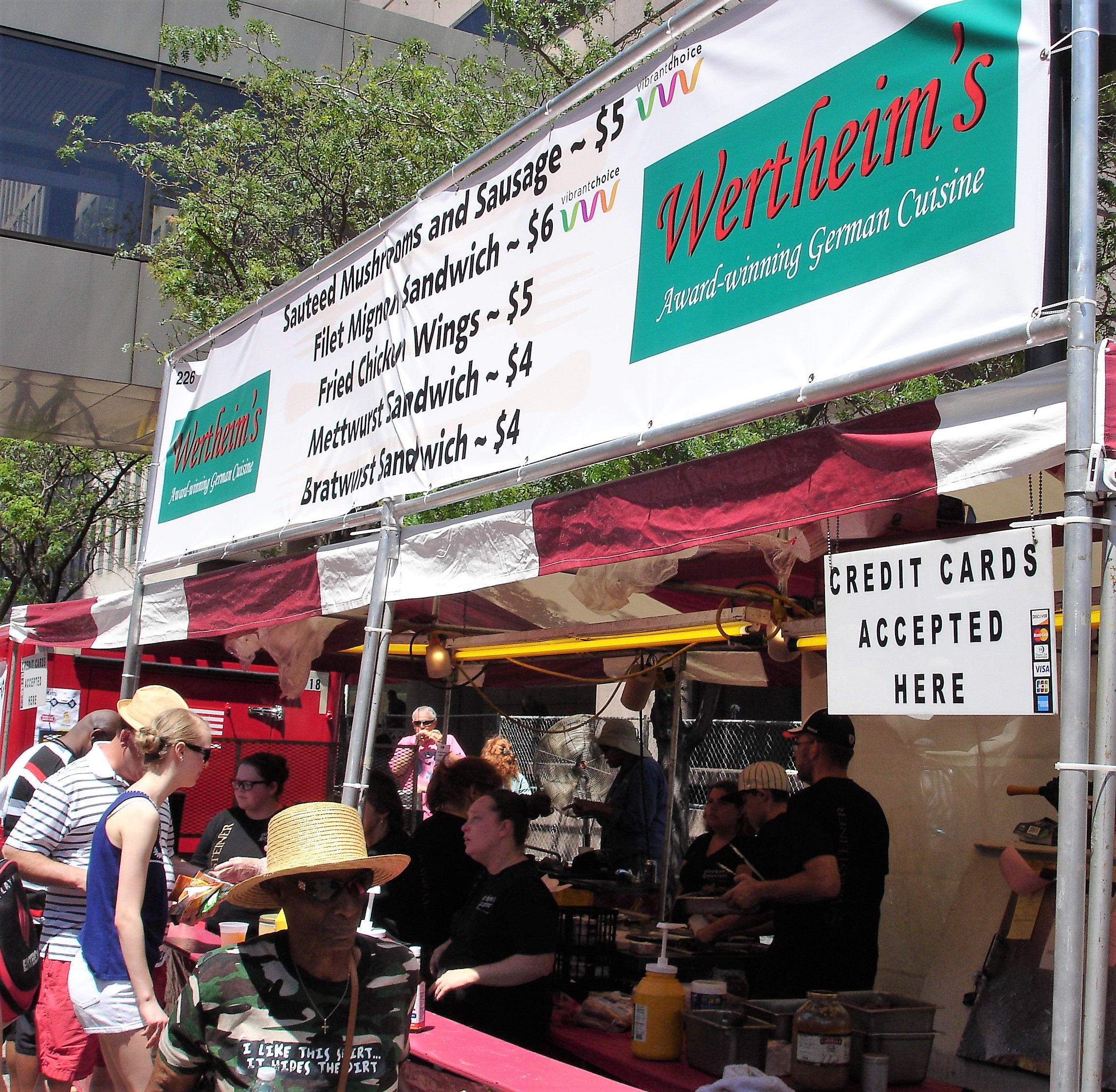 Out mett came from the Wertheim’s stand. Wertheim’s is an old Covington, KY German restaurant whose online reviews do not look promising, but we certainly enjoyed the mett.

Some of the winners for 2017: the Best Entree came from Eli’s BBQ, for their Pulled Pork Sandwich with BBQ Sauce & Cole Slaw.  Rivertown Brewery & Barrelhouse won Best Soup-Salad-Side for their Birra Chiarra Italian Greens. Best Food Truck Dessert? Why that was Hungry Bros. for their Fried Cheesecake.

Here are the press release-style numbers: 34 restaurants and 18 food trucks participated; more than 250 food items were offered; four stages featured over 60 local acts; about half a million people attend the three-day festival. They call themselves “The Nation’s Longest Running Free Culinary Festival,” having started in 1979.

It was a hot and sunny day and, while our appetites were flagging, our thirst was not, and thank goodness for the profusion of cold local brews up and down the avenue. Wish we could’ve sampled more but we had a great time nonetheless.