We’ve traveled in Maine many times, but rarely have we ventured more than a few miles from the awe-inspiring coast. A visit to the Bangor State Fair brought us further inland in Maine than we’ve ever been, and lucky we were, as our search for dinner in the area turned up a gem in the nearby town of Brewer. Located on the banks of the Penobscot River, well out of town down Route 9, the Eagles Nest serves Maine down-home cooking to a mostly local crowd.

Seafood stews in these parts mean a hot bowl of milk with seafood and a slick of butter, lightly seasoned. Note the large sections of lobster in this terrific stew.

The restaurant is not large, and is casual in a comfortable sort of way. Our table next to the back window afforded a stunning view of the river beyond. We saw a fair number of customers chowing down on terrific looking burgers, but we took the lobster route, and were not sorry. The massive lobster roll, made from (hold your ears purists) bagged lobster, was one of the best lobster salad rolls we’ve had anywhere. We don’t know if there are different grades of packaged lobster, or perhaps it’s in the way it’s handled once purchased, but we do know that this lobster salad was freshly prepared when we ordered it, and it contained huge chunks, almost whole claws, of lobster meat with good flavor. The sandwich is as overstated as a New York City deli sandwich, quite uncharacteristically bold for a restaurant with a Downeast accent. 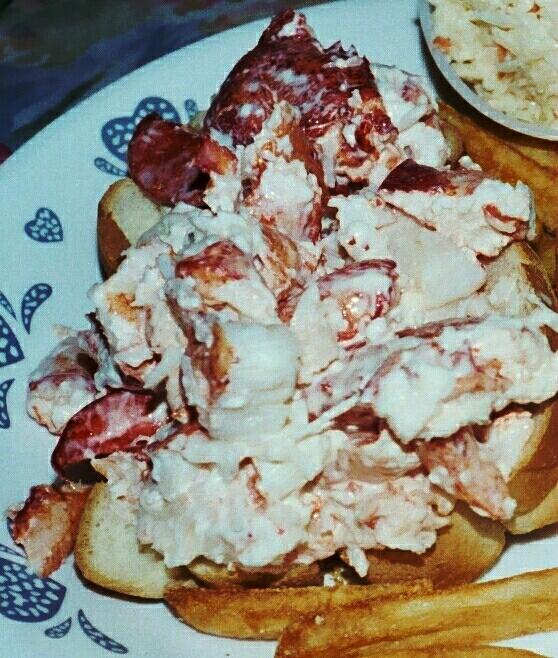 The large chunks of lightly dressed lobster almost completely obscure the toasted bun below. This is one excellent lobster roll.

The lobster stew is similarly loaded with large pieces of lobster, and is a soothing and lobstery bowl of comfort. Perhaps best of all is the extraordinary strawberry shortcake. The cake is freshly prepared when ordered, as is so much of the food here; we heard the clickety-clack of beater against bowl as the cream was whipped while we waited. Served on a terrific homemade biscuit, drenched in sweetened berries, and piled with fresh whipped cream, this was as gorgeous to look at as it was satisfying to eat. In fact, the staff was oohing and ahhing as our waitress (the owner) brought her production number to our table. 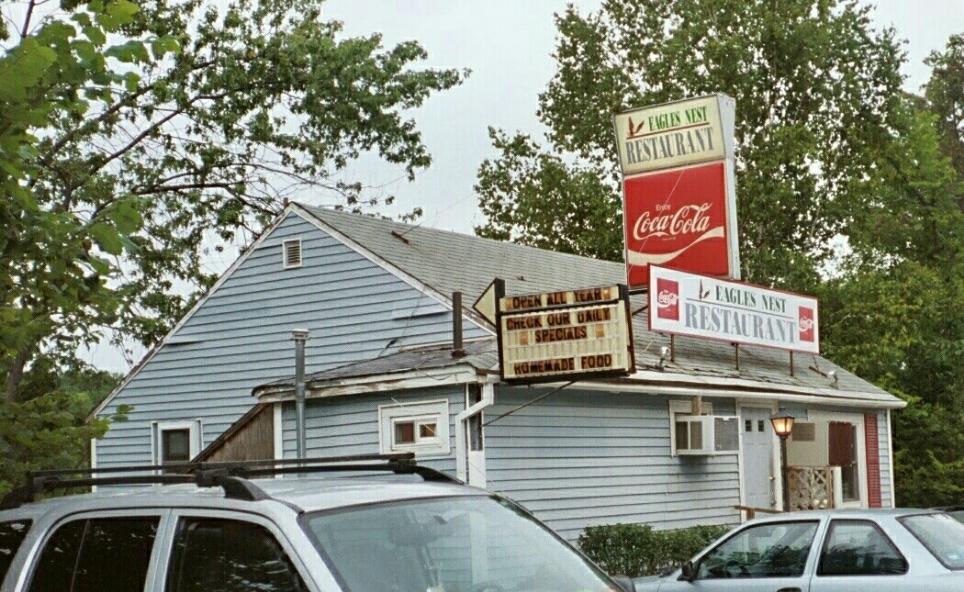 The Eagles Nest, a modest house on the banks of the river, serves some wonderful home-cooking.

The menu covers most of the home-cooking basics, with a definite Downeast slant. The food on other tables looked terrific, and we hope to get back to give some of it a try.