Upstate New Yorkers love their fish fry, especially on Fridays when every restaurant of every type, from diner to tavern, Chinese restaurant to Indian buffet, offers up some version of fried fish and potatoes. Given the local love it’s a little surprising that there aren’t more restaurants around here that specialize in the fish fry. Perhaps it’s that very ubiquity which makes the fish fry specialist so unnecessary. One exception is Doug’s Fish Fry. 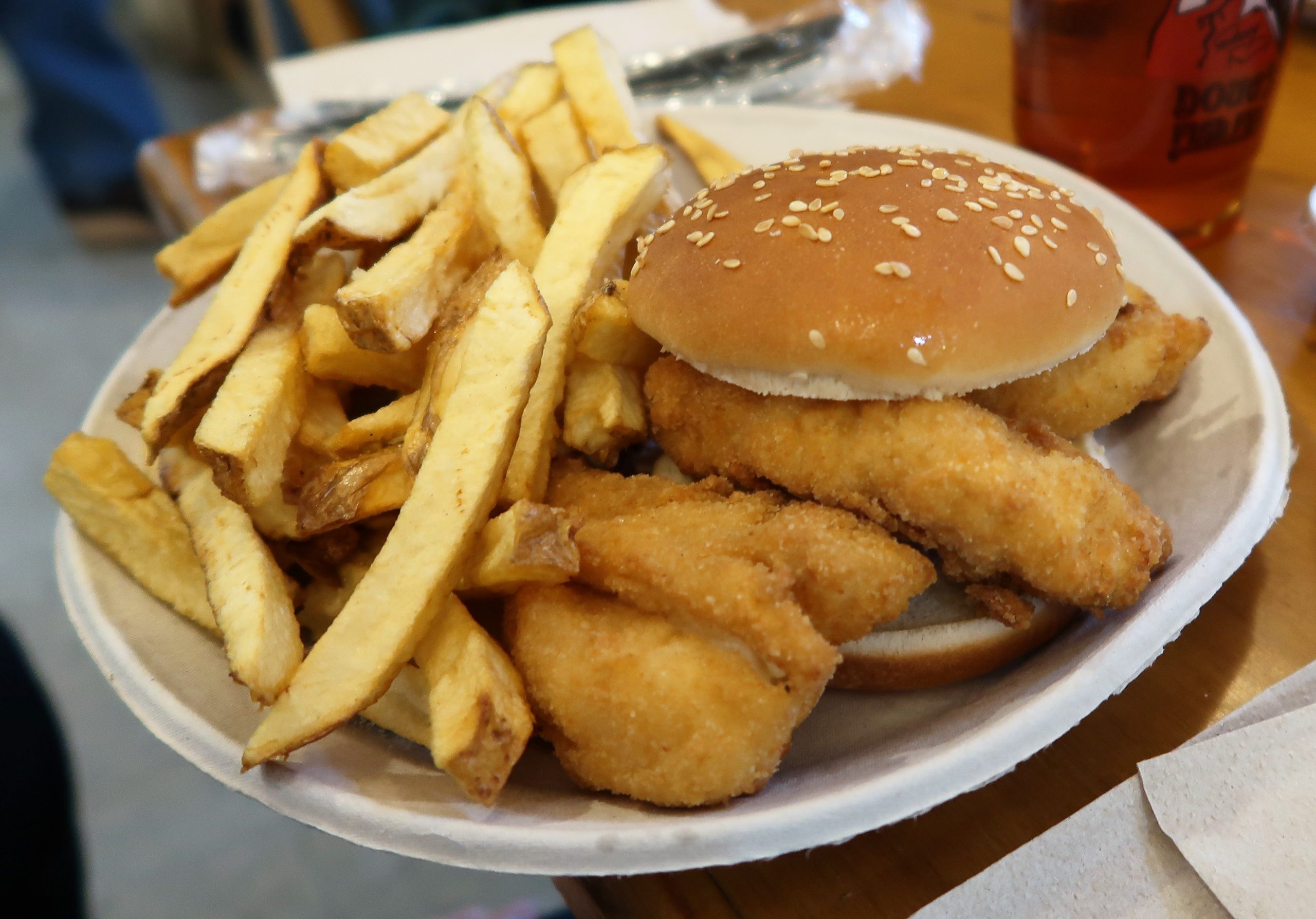 Want your fish in a sandwich? Doug’s will be happy to put a soft sandwich roll beneath and atop your huge portion of fish.

The late Doug Clark founded his fish fry restaurant in Skaneateles in the 1980s, later opening branches around the state. Over the years, most of the branches have closed, and what remains, in addition to that original fry joint in Skaneateles, is a restaurant in Cortland, a roving fish fry truck, and a stand each year at the New York State Fair. 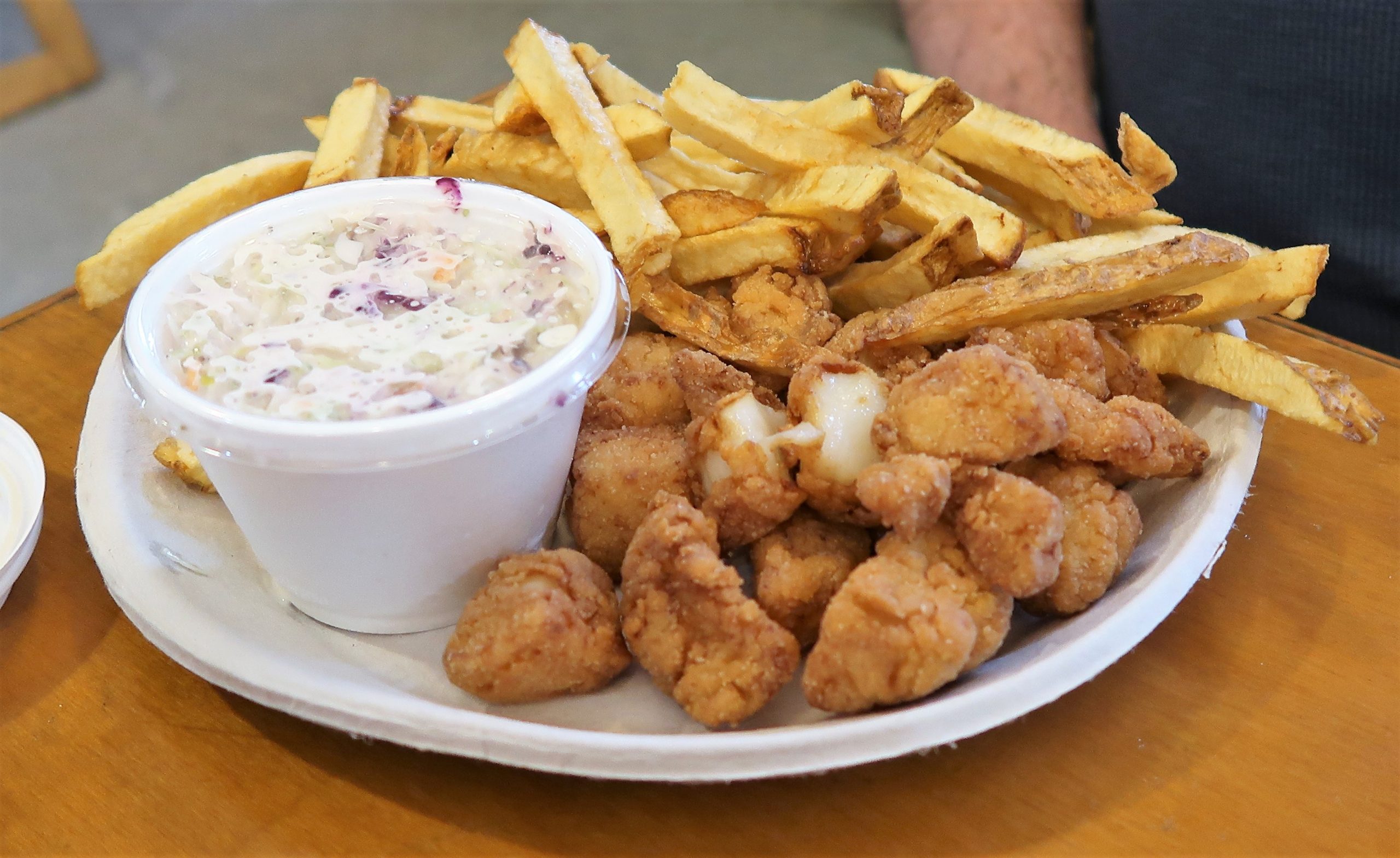 The Skaneateles restaurant is our favorite because it sits at the tip of Skaneateles Lake in the beautiful town of Skanaeateles, but the independentently owned Cortland restaurant serves much the same menu prepared much the same way. If timing or routing means eating fish fry in Cortland rather than Skaneateles, we’re more than happy to do so. 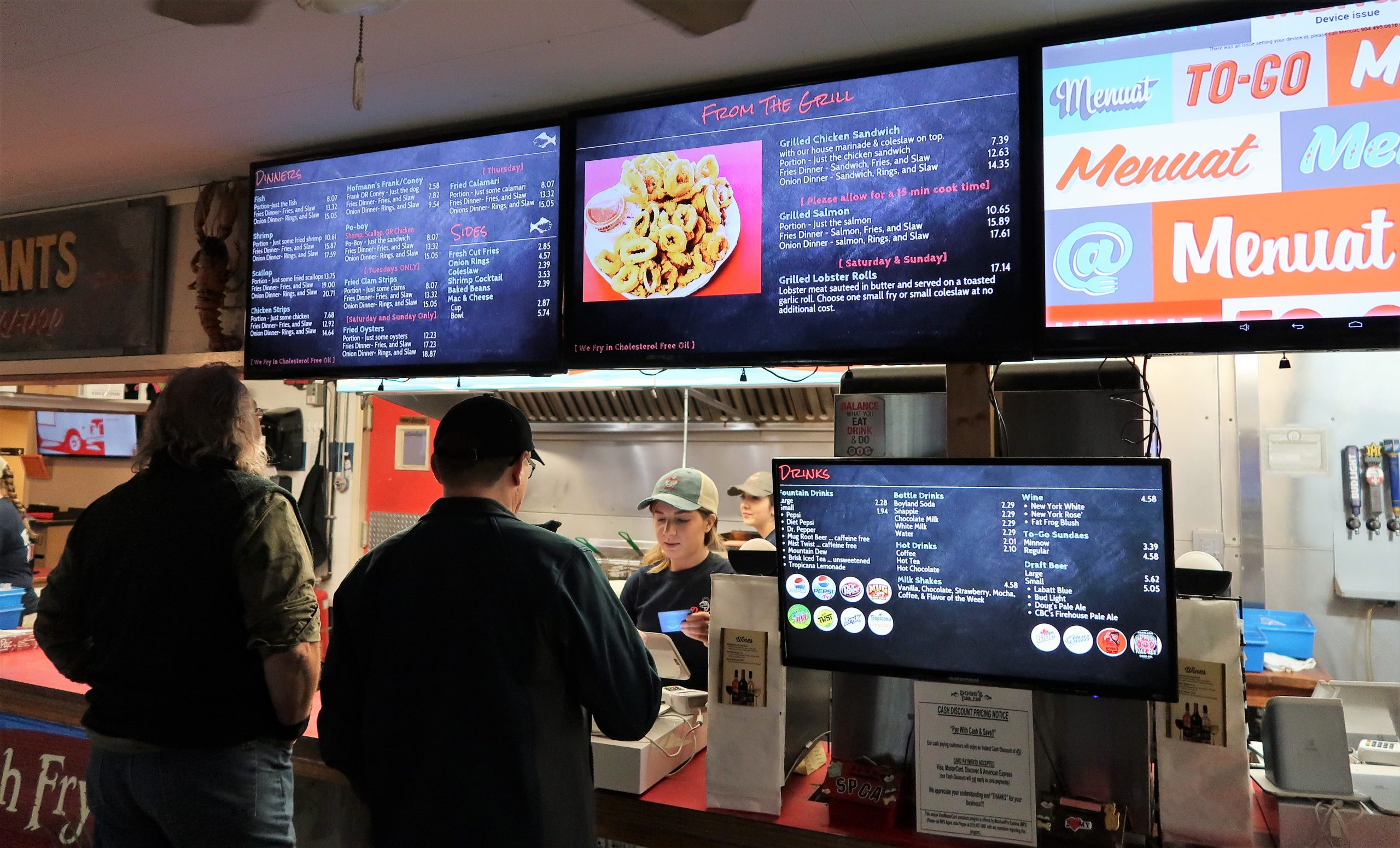 Place your order at the counter when you enter, then load up on condiments and utensils. When you hear your name, fetch your food.

The fish varies between cod and the Upsate NY favorite, haddock, depending on the market. Either way, it comes out greaseless, chunky, and meaty, in enormous portions, and sided by hand-cut fried potatoes and/or spectacular house-made onion rings. Doug’s tartar sauce is a few cuts above as well, and the first-rate slaw that comes with dinners is not just there for decoration. 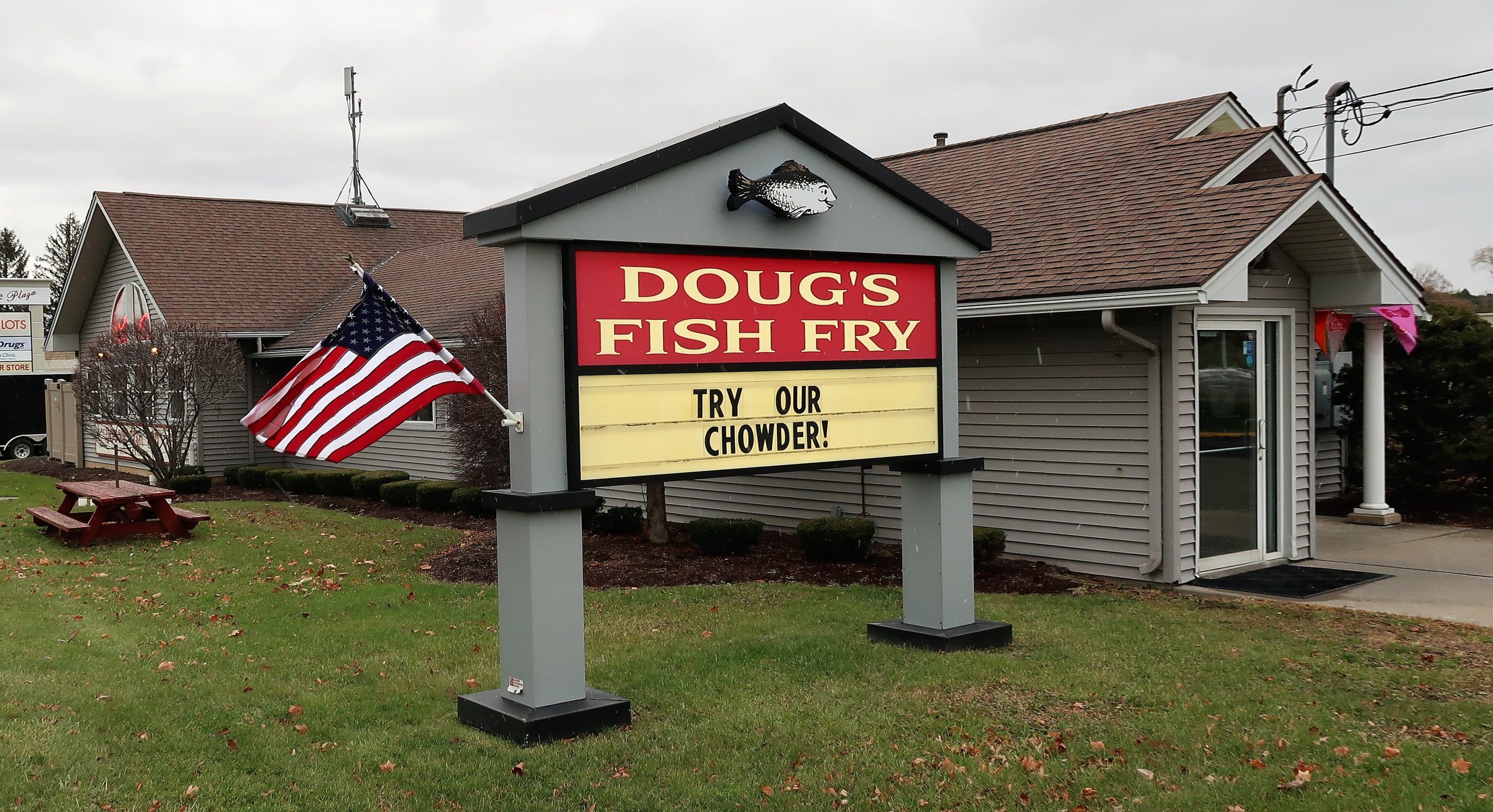 The Doug’s in Cortland is independently owned but serves much the same menu as the original in Skaneateles.

Don’t want fish? Doug will fry up all sorts of sea creatures for you, from calamari to oysters (depending on the day of the week). There’s also good seafood chowders, upstate natural-casing dogs, and quality soft-serve that can become a fruity sundae made with seasonal toppings. Prices are reasonable and, as you place your own orders and pick up the food yourself, there’s no tipping.