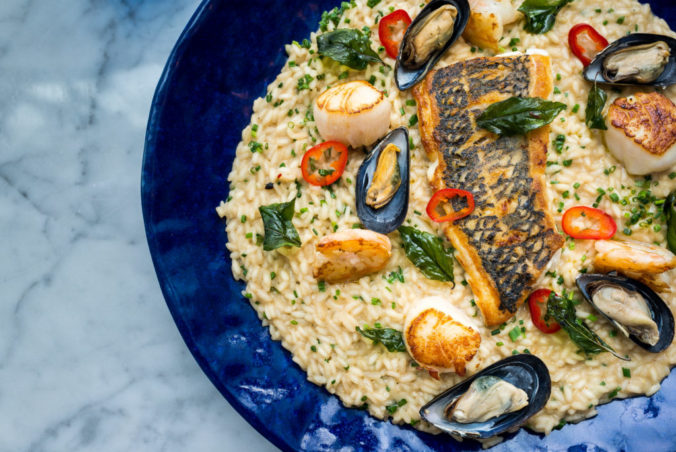 A seafood risotto scented with lemon grass, chiles, kaffir lime, and a bit of curry spice

5 Dishes to Try at DC’s Whaley’s

The cousins Wiseman, men behind the hot, artisan Jewish deli (hot artisan Jewish deli?!) DGS Delicatessen of Washington, D.C., have turned their attentions to seafood with their month-old Whaley’s, a raw bar in the Washington Navy Yard, facing the Anacostia River, near Nationals Park. Tom Sietsema of The Washington Post has given the restaurant his imprimatur, particularly praising the small plates and raw bar offerings (as well as the soft-shell crab entree). Rina Rapuano, writing for Zagat, identifies five must-try dishes at Whaley’s, highlighting some of the very same dishes as Mr. Sietsema, including those tempura-battered soft-shell crabs, a plate of clams casino where chorizo replaces the bacon, and some shrimp-stuffed fried squash blossoms. 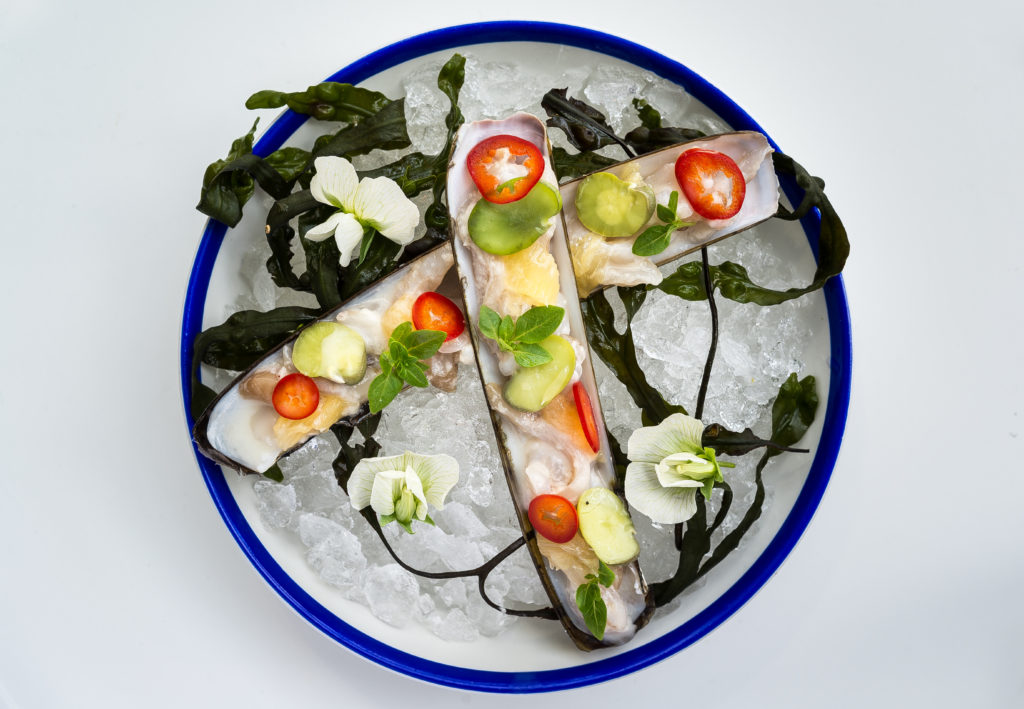 Clearly, Whaley’s menu is highly seasonal and if you want to sample these particular dishes you’d better hurry; don’t go looking for squash blossoms in September. That multi-person seafood risotto, by the way, looks awfully good, too, as does the razor clam crudo. Curiously, the current menu lists only four entrees, two of which are meat but, then again, this is more of a raw bar than full-blown restaurant. We’re looking forward to giving Whaley’s a try.